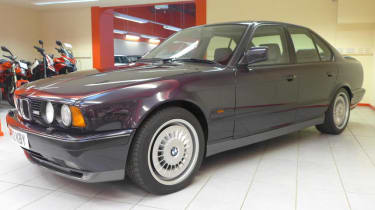 This week BMW revealed the latest limited-edition version of its M5, dubbed the Competition Edition.

The latest M5 is a fantastic car and even more so with close to 600bhp, but there’s always a nagging doubt with modern M cars that they’re not quite as special as they used to be.

Take the E34 BMW M5, for instance. There was little wrong with a standard E34-generation BMW 5-series, but the M5 seemed so fundamentally different from a 525i or similar that you couldn’t help but covet one – it was as special in its own way as a supercar from the era. The modern M5 is blisteringly fast, but is it as desirable?

Given the latest Competition Edition costs a six-figure sum, probably not. Certainly not when you can get a pristine example of the E34 M5 for £12,495, like this example for sale with Autounion in Corby, via Classic and Performance Car.

Granted, with 340bhp at 6900rpm and 295lb ft of torque, modern M5 performance is out of the question. But 5.9sec to 60mph is hardly slow and both old and new M5s are constrained by the same 155mph limiter.

And in other areas, we reckon the new M5 is eclipsed by the E34. Its turbocharged V8 simply can’t match the aural appeal of the howling, individual throttle-bodied 3.8-litre inline six of the old car, for a start. 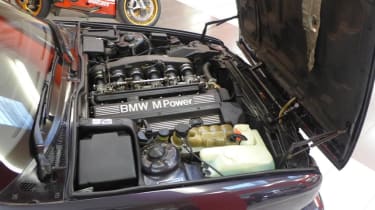 Then there’s the question of usable performance. A 592bhp saloon with massive reserves of grip requires a significant and almost dangerous commitment to speed to come alive on public roads, but an old E34 M5 is a model of all-speeds feedback. Going slower than the new car just means spending longer enjoying the process of driving.

‘As an advert for rear-drive,’ said John Barker way back in issue 10 of evo magazine, ‘the E34 M5 is up there with the very best. A saloon of this size really shouldn’t have this much composure and this level of responsiveness. Best of all, though, you never feel you’re hustling the car to do something it doesn’t want to: it’s enjoying the drive as much as you are.’

Notably, M5s of this generation were also manual-only, so there’s another check-mark in the E34’s “involvement” box.

This example has covered 112,000 miles and apparently boasts a full service history. It looks perfectly original too – right down to the desirable Daytona Violet paintwork and the divisive ‘turbine’ wheel covers.

And there’s something quite appealing in the idea of buying an entire E34 M5 for considerably less than the difference in price between a regular F10 M5 and the new Competition Edition.

> Find BMW M5s for sale on Classic and Performance Car 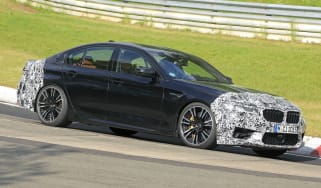