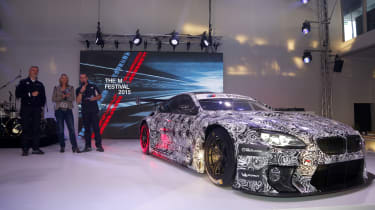 On the eve of the Nurburgring 24 Hours BMW unveiled two new versions of the M6 – the revised Competition Pack road car and the M6 GT3 racing car. It's now released more details of the race car, but first, let's look at the road car.

The new M6 Competition Pack is the fastest and most powerful M6 to date. With a shade under 600bhp, it is capable of dispatching the 0-62mph sprint in 3.9 seconds. 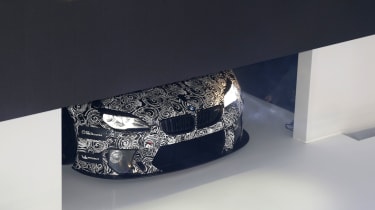 The upgrade kit is available across all M6 bodystyles – Coupe, four-door Gran Coupe and Convertible – and will arrive in the UK in July 2015. BMW has yet to confirm pricing, but expect to pay in the region of £110,000.

Just hours after the marque’s Z4 GT3 secured pole position for the prestigious Nurburgring 24 Hours, BMW revealed its replacement – the M6 GT3. The new racer will make its competition debut in 2016, priced from 379,000 euros, or about £264,809 with current exchange rates.

Power comes from a race-adapted version of the road car's 4.4-litre twin-turbocharged V8, which can produce as much as 577bhp - output will vary depending on the regulations of the racing series it competes in. The car weighs less than 1300kg, so with maximum power it produces around 451bhp/ton, dwarfing the road going M6 Competition Pack's 312bhp/ton. 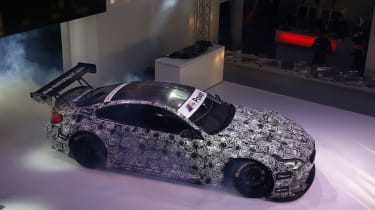 'The BMW M6 Coupe obviously provided us with a sensational base on which to develop the new car,' said BMW Motorsport Director Jens Marquardt. 'That makes it twice as much fun for our engineers, working hand in hand with their colleagues at BMW M, to transform it into a car for the racetrack. I am sure we will continue to add chapters to our motorsport success story with this car.'

Not only will the new M6 GT3 enable BMW to draw a link between its racing activities and its M-division performance road cars – there is no M version of the Z4, after all – it also brings BMW’s GT3 offering in line with the likes of Audi’s R8, Porsche’s 911 and Aston Martin’s V12 Vantage.