The BMW M6 is upgraded for harder road and track use via a new Competition Package. We drive it 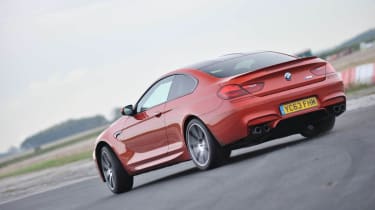 The new BMW M6 Competition Package. Despite the number of M6 buyers who indulge in regular trackdays inevitably being quite small, M division has invested some considerable time and effort in creating a set of engine and chassis revisions ostensibly for just that purpose.

Costing an extra £6500, it nudges the M6 Coupe tested here into six figures, priced from £100,680. The pack is also available on Convertible and Gran Coupe variants, while the M5 saloon also benefits from the option, and comes in notably cheaper at £80,715.

Firstly, and least importantly, there’s a nominal increase in power. BMW claims an extra 15bhp over the regular M6, bringing the total to 567bhp. This is claimed, slightly improbably, to cut a tenth of a second off the 0-60 time – the official result being 4.1sec – presumably to appease the marketing department’s requirement that this should be the quickest M6 ever. The top speed remains an electronically limited 155mph.

But forget the headline-focused power upgrade: under the surface the Competition Package brings some comprehensive chassis tweaks. There are firmer springs and dampers, butched-up anti-roll bars and a 10mm reduction in ride height. Suspension bushes are also stiffer, the power steering has been retuned and the ‘M differential’ has been tweaked to improve response, while the ‘half-off’ M Dynamic stability control mode now has a higher intervention threshold.

All those changes make the M6 feel immediately different – harder-edged and more purposeful than the standard car. The most obvious change is the suspension. Even with the switchable dampers in their softest Comfort mode, the ride never loses the new-found edge that the ordinary M6 just doesn’t have. It’s not uncomfortable, but does act as a reminder that this is no longer a normal comfy GT. Sport mode is a fair bit stiffer, and probably as firm as you’d take things on the road, yet above this there’s Sport Plus. But even in Comfort, the Competition Package feels properly lashed down over rougher surfaces and handles direction changes impressively well.

The other big change is in the steering, although not necessarily in terms of the system itself, which keeps the switchable assistance level of the standard car (and with Sport and Sport Plus modes seeming to do nothing more than add weight). But the firmed-up suspension and new bushes give the steering more to talk about, the thick-rimmed wheel reporting the front end’s tendency to sniff out cambers, and lightening progressively as grip starts to fade. The Competition Package hasn’t turned the M6 into a 911 GT3 rival, but it’s certainly sharpened it to a welcome degree.

The rest of the M6 experience is unchanged. The engine is as mighty as ever, but we’d be lying if we said you could detect the extra 15bhp. The twin-turbo V8 spools up quickly and cleanly when asked to deliver, but stays tractable when you want to trundle. If you force the DCT twin-clutch gearbox to stay in a higher gear by using its manual mode then there is some turbo lag as the twin blowers gather their breath, but north of the 3000rpm zone it likes to occupy, responses are near-instantaneous.

But the Competition Package can’t alter the basic physics of the M6’s 1850kg kerb weight, and it always feels like a big, heavy car – especially if you indulge the temptation to disarm the stability control to steer it from the rear. Yes, it will oversteer convincingly, but the transition from grip to slip is sudden. On track, the higher speeds and suspension loadings also mute most of the extra communication the steering finds on the road.

Money is where it gets more contentious: the Competition Package pushes the M6 Coupe into six figures before a single option box is ticked. But if you appreciate how a car drives, this is a better place to put £6500 than matt paint, 20in black alloys and a TV tuner, just one combination of options that matches the pack’s price.

The M6’s newly plump price tag opens up all manner of possibilities – not least our 2013 Car of the Year, the £140-cheaper Porsche 911 GT3 – but then the M6 offers a far different ownership proposition altogether. And the base car beat all of its traditional rivals in our group test a year ago.

Our test car came fitted with the £7395 option of carbon-ceramic brakes. These worked fine on road, with plenty of bite from cold and none of the initial numbness we used to associate with them. But strangely they didn’t seem to like the track at all, simply failing to cope with the first request for a big stop – fortunately on a corner with some run-off – and then, once up to temperature, generating so much heat flames could be seen from the front pads after just four laps. 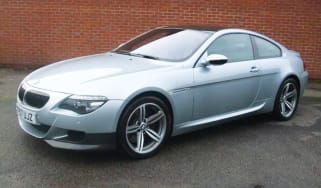 The M6 has one of the greatest ever production engines wrapped in a timelessly handsome coupe body. What's not to like?
Visit/bmw/m6/17097/bmw-m6-gt3-deliveries-begin-ahead-of-2016-season 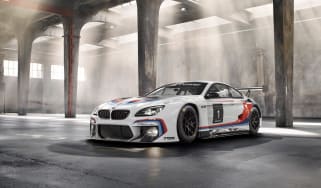 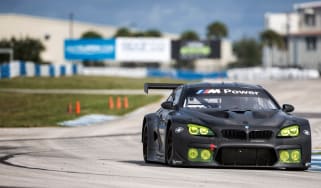 Based on the M6 GT3, the GTLM enters final stages of development ahead of a 2016 race debut
Visit/bmw/m6/15978/bmw-confirms-power-and-pricing-of-m6-gt3-race-car 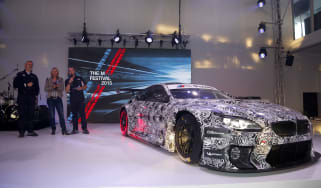 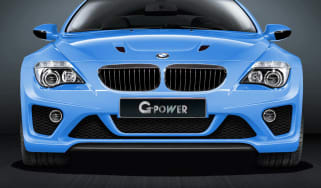 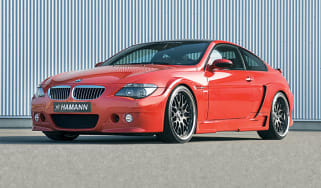