Not a true sports car, but the 640d Convertible hits the mark as a drop-top GT and looks the part roof up or down 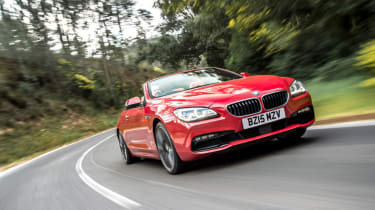 BMW has facelifted the third-generation 6 Series Coupe, Gran Coupe and Convertible models with subtle revisions to the styling, cabin, personalisation options and drivetrains – including standard sports exhaust systems for all petrol models.

The big diesel inline-six returns a mighty 465lb ft of torque, which should give the 640d appropriate levels of effortless straight line performance for a refined and relaxed cruiser such as the 6 Series Convertible. It remains to be seen if the diesel soundtrack is a less welcome companion, however.

BMW’s latest EfficientDynamics technologies have further improved the 640d’s CO2 emissions and fuel consumption. The official figures are 144g/km of CO2 and 52.3 mpg, which are more than impressive for a car that’s capable of hitting 62mph in 5.5 seconds and 155mph flat out.

A raft of chassis options have been introduced, such as Variable Damper Control, which can vary its responses according to the road surface and the style of driving, and Adaptive Drive, which includes roll stabilisation. Integral Active Steering, finally, introduces an element of rear-wheel steer to increase agility and reduce steering effort.

BMW has made ConnectedDrive standard fit across the 6 Series range. The system includes full navigation and infotainment facilities, while the integrated SIM card gives the driver access to a range of paid-for and subscription-free Concierge Services – think Real Time Traffic Information, Intelligent Emergency Call and traditional concierge fare, such as hotel and restaurant reservations. 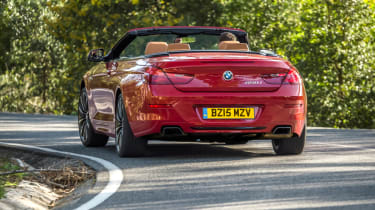 If approached as the GT car that it’s intended to be rather than a drop top sports car, the 640d Convertible hits many of the right notes. Of course, by removing the roof from the Coupe and adding weight in the form of structural bracing the structure is not quite as rigid and a little heavier than the model it’s based upon (the penalty is 120kg), but BMW has done well to minimise the impact of these consequences.

Over bumps there is a faint sense of the windscreen surround shuddering and the steering column twitching, but only over the deepest potholes and the biggest intrusions does the structure really begin to shake. In fast road driving, more importantly, there’s no real impression of the body twisting and contorting.

For the most part the ride quality in the car’s Comfort mode is fluid and relaxed, but smaller road surface imperfections – the kind that you can’t see as you drive along the road – do tend to tickle their way into the cabin. The result is that the ride quality has a busy and unsettled edge to it over roads that aren’t perfectly smooth, but it’s far from severe enough to cause any major concern.

The 640d Convertible doesn’t have the precision or immediacy of response of a true sports car, but the steering is very precise and decently weighted and there is a great deal of grip, too. In Sport mode (Sport+ ramps up the effective spring rate to an uncomfortable degree on UK roads) the chassis becomes keener and more responsive. It’ll still roll markedly in corners, but it does so without losing control of its masses.

That means you can approach a sequence of corners at speed, confident in the car’s front axle and mid-corner grip, while enjoying the fundamental balance and control of the chassis. If you really sling the car into a bend it will begin to feel heavy and under supported at each corner, but that really isn’t what this car is for. As a relaxed, GT cabriolet, the 640d Convertible is very well judged.

Our test car was fitted with the £1100 Variable Damper Control system. It offers the driver a selection of suspension modes and unlike many of these systems the spread between the firmest and softest settings is very broad, which means the differences can really be felt. So equipped, the 640d Convertible works across a wide range of road surfaces and driving styles – money well spent. 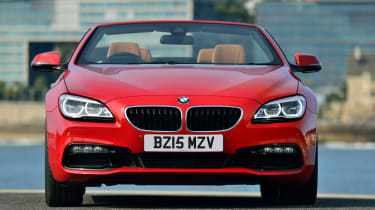 The big diesel engine does a convincing impression of a petrol V8 under load and the torquey power delivery gives it abundant straight line performance. At idle the open top cabin will be filled with the clatter of a diesel engine, though, which is perhaps the biggest issue with this bodystyle/drivetrain combination. If you can live without those fuel economy figures the 6 Series Convertible is a more appealing car with a petrol engine – the diesel works better in the Coupe than it does here.

ZF’s eight-speed automatic gearbox – the only transmission option – is familiar from across the BMW range and it works superbly in this application. It’s smooth and relaxed in auto mode, and the manual setting gives you good control and rapid, clean shifts.

The cabin remains a calm and settled place with the roof down and the wind deflector in place, despite the sizeable opening. The cabin itself feels luxurious and spacious, with very high quality build and materials.

The version tested here is the 640d Convertible, which is powered by a 309bhp twin-turbodiesel inline-six. The drop-top model carries a £6000 premium over the equivalent Coupe version with a price tag of £68,195. 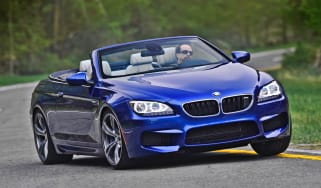 BMW's new-age M6 launches as a Convertible first. As good as the F10 M5 it's based on?
BMW 6-Series 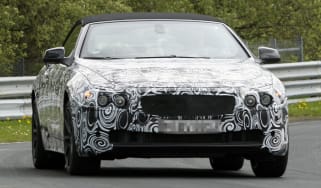 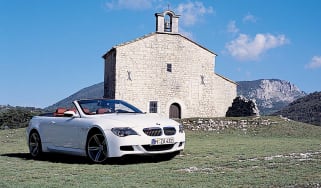 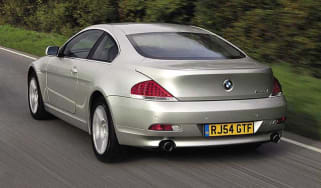