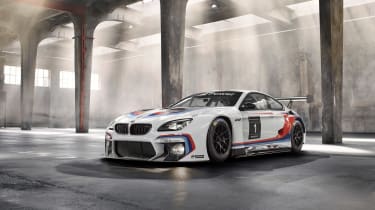 Delivery of BMW’s latest racing car has begun. The 2016 M6 GT3 models are being shipped around the world – with the first team to receive the new model being veteran BMW squad Turner Motorsport, in the USA.

Turner Motorsport will begin racing its two M6 GT3 models in January next year competing in the IMSA Weathertech Sportscar Championship. The 12 race event kicks off at Daytona Raceway, Florida. Car #97 will be driven by Markus Palttala and Michael Marsa who are returning for their second season. BMW factory driver Jens Klingmann will pilot the #96 car alongside Bret Curtis.

German based Schubert Motorsport were the second private team to receive two M6 GT3s. They’ll be defending their ADAC GT Masters team title in 2016 as well as competing in the famed Nurburgring 24 Hours. 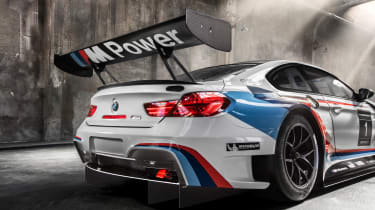 Unveiled in May 2015 at a ‘closed door’ event during the Nurburgring 24-hour race - the new carbon-fibre bodied racer boasts a raft of improvements over its predecessor the Z4 GT3, particularly in the areas of drivability and economy. With its centrally-positioned driver’s seat and long wheelbase BMW promises ‘a driving feeling unparalleled on the racing scene.’

Priced at 379,000 euros, the M6 GT3 is powered by an adapted version of the road-going 4.4-litre twin-turbo V8 used in the M5 and M6. Outputs will vary depending on race regulations but the engine is capable of 585bhp – weighing in at less than 1300kg the M6 GT3 can produce 451bhp/ton, to put that in perspective - the M6 competition pack delivers 312bhp/ton.