UK production for BMW i8 engine

BMW has confirmed that it will be producing the a new 1.5-litre three-cylinder engine for the upcoming i8 in the UK 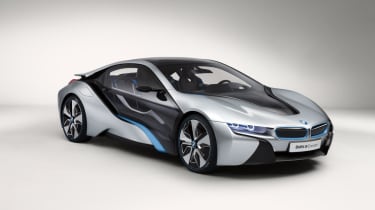 BMW has confirmed that it will be increasing production at the Birmingham Hams Hall engine facility, to include a new three-cylinder turbocharged engine that will power the production version of the i8 Spyder, a 344bhp petrol-electric hybrid capable of 78mpg.

The Hams Hill engine plant currently looks after the four-cylinder engines that power the smaller cars in BMW's range - including the X1, 1-Series, 3-Series and all Mini engines - pumped out over 440,000 engines in 2011 alone.

Unveiled at the Beijing motorshow in 2012, the latest version of the i8 is being readied for production, and is expected to go on sale during 2013. The announcement that the future engine for this hybrid sportscar will be built in the UK, is just part of the £500m investment planned for the UK factories over next two years.