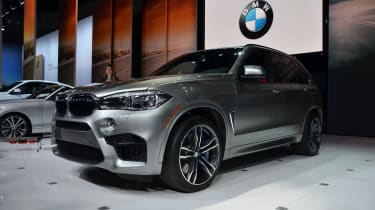 Both are powered by an uprated version of the previous generation’s 4.4-litre twin-turbo V8, mated to a new eight-speed M Steptronic automatic which replaces the current car’s six-speed auto box. This results in a power hike of 19bhp from 547bhp to 566bhp between 6,000 and 6,500 rpm, whilst peak torque rises by 53lb ft (resulting in 553lb ft). This makes the pair the most powerful all-wheel drive BMWs ever.

The X5 M and X6 M each sprint from 0-60mph in an impressive 4.0sec, hurtling onto a limited top speed of 155mph (although owners can opt to have it raised to 174mph). Claimed fuel economy of 25.4mpg might seem profligate, but isn't bad considering the performance on offer. A 30kg weight saving compared with the previous generation helps here, the new cars weighing in at 2275kg (X5 M) and 2265kg (X6 M). 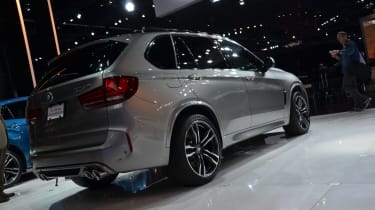 There are also significant changes to the suspension systems on both cars. These include modified upper front wishbones, self-leveling rear air suspension, three-mode dynamic dampers and massive Michelin Pilot Super Sport tyres; 10 inches wide at the front and 11.5 inches wide at the rear, wrapped around either standard 20-inch or optional 21-inch rims.