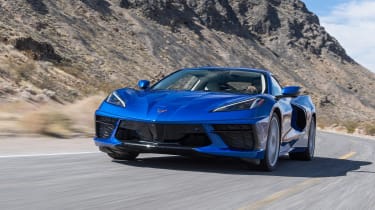 While the word of a new Chevrolet Corvette is always welcome anywhere in the world, the new C8-generation model revealed last year was a particularly exciting one for us in the UK. That’s because alongside its new mid-engined layout and naturally aspirated V8 engine, Chevrolet also confirmed that for the first time in its 67-year history the Corvette will be factory-built in right-hand drive, and will come to the UK.

Having already been impressed driving it in the US, local pricing and specifications have now been announced, building anticipation for GM’s new cut-price supercar. Arriving initially in fully loaded Launch Edition trim, it’s aggressively priced at £81,700, or around £1000 less than a basic 911 Carrera. Identically specified folding hard-top Convertible models will also be offered in the UK, priced from £87,110. 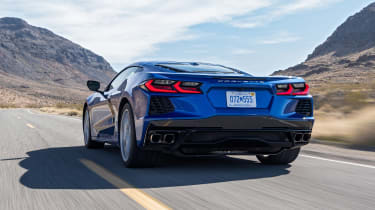 In addition to the mechanical upgrades the C8 Corvette Launch Edition is specified to top-tier 3LT equipment level, which integrates Chevrolet’s impressive MagneRide adaptive suspension, a performance data logger inside the infotainment system, head-up display, embedded navigation system, Bose sound system, rear camera-mirror and heated and ventilated seats. Equip a Porsche 911 to this level and you’ll be looking at a price point of over £100,000.

The powertrain is unchanged from that of American Corvettes, combining GM’s new LT2 6.2-litre atmospheric V8 and a new eight-speed dual-clutch transmission. There is no manual available, nor is there likely to be one due to the low take-up over the previous C7’s life cycle. Despite being just the first of many more powerful derivatives of C8 Corvette, power is still rated at 490bhp, with a peak of 470lb ft of torque, a quite significant jump on a basic Carrera’s figures.

As mentioned above, the C8 Corvette has many firsts, but the greatest change might yet not be the new mid-engined chassis or dual-clutch transmission, but the ability to finally give European rivals a run for their money without the inherent disadvantage of being left-hand drive only. If nothing else, the Corvette will now be a much easier car to thread through a drive-through restaurant. 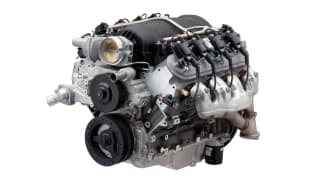