Is a Lingenfelter modified Z06 the best value for money supercar in the US? 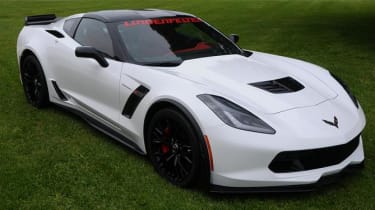 American tuner Lingenfelter has revealed details of its stage 1 performance upgrade kit for the Chevrolet Corvette Z06. With extensive hardware and software upgrades, the peak outputs for the Z06’s 6.2-litre V8 peak have grown to 720bhp and 730lb ft of torque, ensuring the tuned car is now more powerful than the £1million Pagani Huayra – its twelve-cylinder engine produces just 720bhp and 737lb ft.

These impressive numbers represent a growth of 70bhp and 80lb ft of torque and should help to trim the standard car’s 3.2sec 0-62mph time and extend its 186mph top speed. The extra performance comes thanks to Lingenfelter’s fitment of a 15 per cent overdrive supercharger in place of the original item, with a new drive belt, 100mm idler pulley kit, uprated dry sump damper and 170-degree fahrenheit performance thermostat added to match. 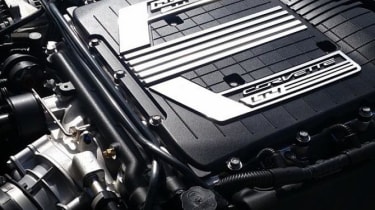 To help the uprated engine drink in more air is a new, freer flowing air filter, and the engine’s electronic settings have been modified with an ECU remap. To optimise the hardware and software settings, Lingenfelter says it’ll run tuned Z06s on the dyno before and after the modifications.

On top of this, the American firm will add badges to the interior and exterior, and provide a Lingenfelter certificate of authority to validate a 1-year/12 ,000-mile warranty on the added components. Four-wheel alignment, cleaning and detailing and a full tank of fuel are also included in the deal – though since this is on the other side of the Atlantic, it’s the 93 Octane stuff.