Jari-Matti Latvala took victory in the 11th round of the 2014 WRC season, the picturesque Rallye de France 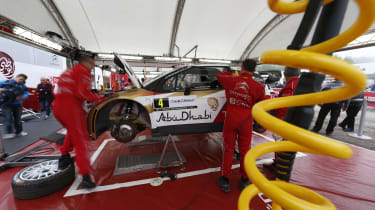 Latvala's victory makes him the first Finn to win an asphalt WRC round since Tommi Mäkinen won the Italian round back in 1999. Speaking to reporters after the event, Latvala credits his victory to tips learned by watching videos of established tarmac ace and nine-time WRC champion Sebastien Loeb.

The result puts the Finn within 27 points of the series leader, with up to 56 points still to claim as the series heads to Spain on October 23 and then Rally GB in mid-November.