We look through Michelin's motorsport involvements across the globe, including WRC, WEC and Formula E 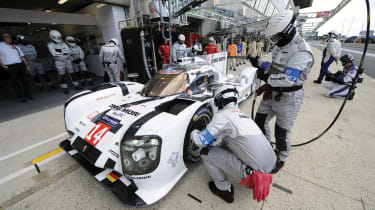 Racing is in the blood at Michelin. The French tyre manufacturer began its competitive endeavours way back in 1891 (supporting the winning cyclist, Charles Terront, in the 1200- mile Paris-Brest-Paris race), and then moved swiftly to embrace motorised racing vehicles. And Michelin has been at the forefront ofmotorsport tyre development ever since.

Developing tyres for the stresses of competition pushes forward technology and understanding in a way that greatly benefits Michelin road tyres. As Pascal Couasnon, Director of Michelin Motorsport, explains: ‘Michelin’s strong commitment to motorsport necessitates the development of innovative technologies and competitive tyres.

‘Tyre life, safety, energy efficiency and the notion of driving pleasure are all factors that are integral to the work of the Motorsport division.’ Amongst many other race series and championships supported by Michelin during 2014 were three global giants – the World Rally Championship (WRC), the World Endurance Championship (WEC) and the inaugural Formula E Championship for the innovative new electric-powered single-seaters. Here we catch up on what went on in 2014... 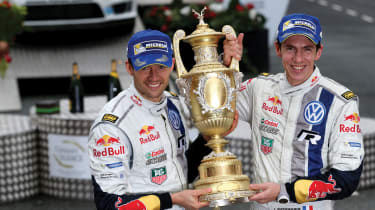 Of all the motorsport disciplines, the World Rally Championship is the toughest on tyres. It mixes ice, snow, mud, gravel and dust with extremes of heat and cold, wet and dry.

Yet Michelin Motorsport has got a handle on the WRC. Since first competing in – and winning – the then equivalent of the WRC in 1973, Michelin has amassed a total of 44 world titles, including 21 drivers’ championships and 23 manufacturers’ crowns, and as of last season, one more of each.

For 2014, Michelin Motorsport supplied all the front-runners for the title – Volkswagen, Ford, Citroën and the returning Hyundai. The manufacturers’ defending champion Volkswagen Motorsport and its number one driver, Sébastien Ogier (pictured above, left), topped and tailed the 13-round 2014 season with victories on the Monte Carlo season opener and the mud-fest finale that was the Rally of Wales. And a Volkswagen driver stood atop the rostrum of all but one of the rounds.

Part of this success can be attributed to its Michelin tyres, as Volkswagen’s championship runner-up, Jari-Matti Latvala, alluded to during the Catalunya rally (Rally of Spain). ‘I pushed hard throughout the opening 40km before backing off a little over the final 10km to avoid taking too much out of the (Michelin) tyres,’ he said. ‘At the end of Special Stage 11, I checked my tyres and saw they were still in perfect condition: I told myself that I should have continued to drive flat-out through to the end of the stage.’

After a 12-season reign as the king of global endurance motorsport, in 2014 Audi had to hand over its crown to arch-rival Toyota. And Toyota driver and evo contributor, Anthony Davidson, along with co-driver Sébastien Buemi, triumphed as joint winners of the drivers’ championship.

Not that the 2014 WEC was a complete walkover for Toyota; the manufacturers’ championship wasn’t put beyond doubt until the final race in Sao Paolo, Brazil, and each of last year’s eight races was fiercely contested.

It was always going to be an interesting season, because the WEC technical regulations changed in a bid to boost the environmental sustainability of the championship. All entrants to the manufacturers’ LMP1 class were obliged to use hybrid drivetrains, although previous restrictions on their design were lifted. Other changes included fitting narrower tyres, presenting fresh challenges to Michelin, which supplied tyres to all three of the LMP1-H manufacturer teams.

All three? Yes, in 2014, after a 16-year absence, Porsche returned to long-distance motorsport, having secured the services of Mark Webber, recently retired from Formula One.

From the opening round at Silverstone, Toyota threw down the gauntlet with a 1-2 finish, with Porsche edging out Audi for the last podium place. Audi had to wait until the following race at Spa in Belgium for its drivers to get their feet on the podium, where they finished second, with Toyota first and third.

While every other WEC race is a six-hour event, Le Mans lasts a day and night. All three LMP1 teams led at some stage, with Porsche at the front very close to the end, until technical issues helped wave Audi through to victory.

Audi pulled off a 1-2 at the Race of the Americas; Toyota countered with 1-2s at Fuji and Shanghai. But by the end of the penultimate round in Bahrain, Davidson and Buemi had done enough to secure the drivers’ championship. First past the chequered flag in the season finale at Sao Paolo was Porsche: mere tenths of a second behind was the #8 Toyota of Davidson/ Buemi, tying up the manufacturers’ title.

Writing for evo, Anthony Davidson was quick to recognise the contribution Michelin made to his WEC title. ‘The beauty about the WEC and particularly LMP1 on the Michelins, is that we never really have to talk about the tyre – and that’s a good thing!’ he said. ‘You know the tyre manufacturer has done the right thing when you never talk about them. Just in the same way that it’s a part of your road car that you don’t really think about or talk about with your mates. It’s only when there’s a problem that it becomes a talking point. We’ve been lucky this year, thanks to the great work that Michelin has done in conjunction with the team.’ 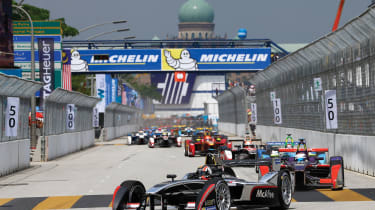 The appeal was obvious: an all-electric single- seater racing championship with cars driven by names linked to some of the great motorsport dynasties – Brabham, Senna, Piquet and Prost – as well as more recent heroes such as Jarno Trulli, Nick Heidfeld and the new WEC joint drivers’ champion, Sébastien Buemi. With such intriguing potential, no wonder Michelin joined up as a founding partner of Formula E.

Formula E is a series promoting sustainable motorsport and to reinforce the point, each of the championship’s nine rounds is being staged in a city centre location. A global championship that started last September, Formula E will race in China, Malaysia, North and South America, and Europe, with the final round in late June being hosted by London.

All teams run an identical car, the Spark- Renault SRT_01E, while the official tyre is the specially developed Michelin Pilot Sport EV, an 18-inch treaded tyre, which is close in spirit to the company’s high-performance road tyres.

Motorsport’s governing body, the FIA, is keen to promote Formula E, as its president, Jean Todt, explains: ‘This spectacular series will offer both entertainment and a new opportunity to share the FIA’s values for clean energy, mobility and sustainability.' 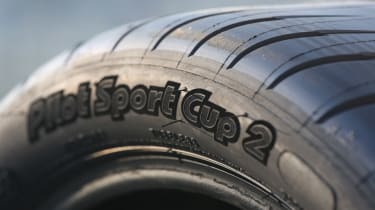 FROM TRACK TO ROAD