Used Renault 5 Turbo - Classic and Performance Car, our picks of the week 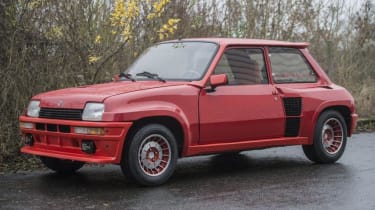 We list the week’s most interesting cars for sale on our sister site, Classic and Performance Car. This week’s list takes its offerings from the Retromobile February auction brochure. In no particular order, here they are:

A low mileage, fully rebuilt Renault 5 Turbo is up for sale in auction as part of the 2015 Retromobile sale. Joining 175 other iconic machines, the rare 5 Turbo has covered less than 40,000 miles since new and is expected to sell for as much as £60,000.

Sixty thousand? It's certainly not cheap, but don’t forget, the 5 Turbo was, and still is, revered across the world as one of the most bonkers four-wheeled creations this side of Lamborghini’s most eccentric. It truly is a classic super-hatch. 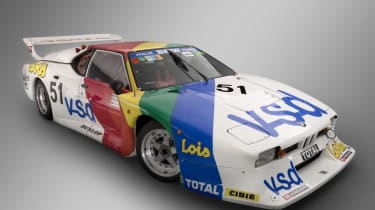 Buying a Le Mans car is always special, but buying BMW’s 80s poster boy, the iconic M1 racer, has to be right up there at the very top. Finishing 16th in the 1981 24 Hour race, this car is not only bursting with motorsport history, but also eligible to race in the Le Mans Classic.

As a result the 80s racer is expected to sell for no less than £670,000, making it one of the most expensive cars to go under the hammer this February. 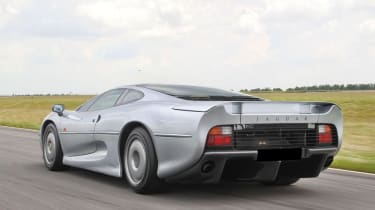 The Jaguar XJ220 might have once been famous for its V12 powerplant, but it eventually came with a lighter, nimbler 3.5-litre V6 twin-turbo. It produced a massive 550bhp and was capable of over 200mph, making it fast even by today’s standards.

Having travelled less than 7,000 miles since new, this XJ220 has received a full engine overhaul confirming it’s one of the best on the planet. As a result, it should sell for no less than £120,000. 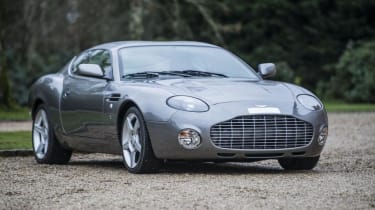 Just 99 Zagatos were ever built, and this German owned car has covered a miniscule 966 miles since new. Based on the V12 Vantage, the Zagato gained a dramatically remodelled exterior, sporting a traditional Zagato ‘double bubble’ roof.

The latest 991 911 Targa uses a complicated electronic mechanism to hide its removable top, but the classic original kept things a lot simpler. This 1973 car hasn’t seen a lick of paint, well, ever, wearing all original parts and finishes.

As such, it’s a different proposition; earning the title of ‘rat-look’ and offering an entirely different sort of charm to fully restored alternatives. It might look a bit tired, but as a fully functioning classic, it’ll still command around £20,000 at auction.