We introduce you to 2015's nine F1 challengers 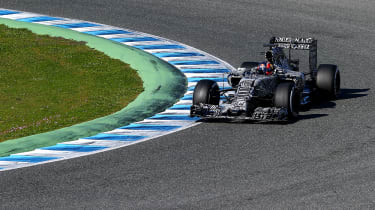 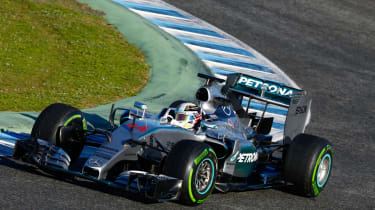 Mercedes’ W05 was unstoppable in 2014, so the W06 has a lot to live up to. The new car’s aero package appears to represent a significant evolution of last year’s car, with a narrower nose and a new central pillar piece to its rear-wing.

Will gentle modifications be enough to defend a world title? Having won 16 of 19 races in 2014, you’d be mad to doubt the Brackley team's chances. 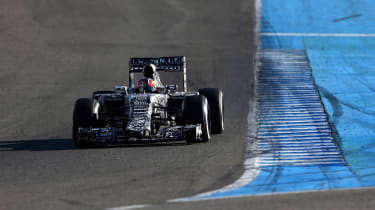 Red Bull struggled throughout 2014 with an underpowered Renault engine (or power-unit as the F1 circus calls it). While improvements to the V6 are limited by engine-freeze regulations, Red Bull will be hoping to draw more performance out of their latest chassis.

The RB10 showed much promise and was often Mercedes’ biggest threat, so can the four-time World Champions get back to the pre-V6 glory years? With Toro Rosso graduate Kyvat and Vettel’s 2014 nemesis Riccardo behind the wheel, Mercedes might just have to watch out.

If only that test-livery could make it to Australia. 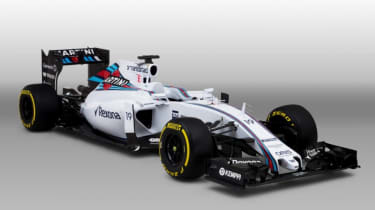 Williams showed flashes of speed throughout 2014 to grab a total of nine podium positions. Two came at the season’s finale in Abu Dhabi when the drivers secured second and third places.

The FW37 appears to borrow the pylon shaped nose from Mercedes’ 2014 winner, but adds a U-shaped tip to conform to 2015’s regs. Much of the new car, including the rear-most sections of its sidepods, appear to be evolved FW36 designs. 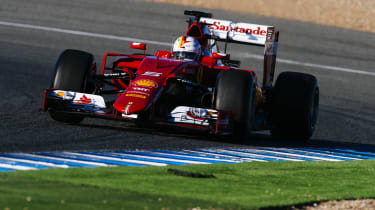 Ferrari’s drivers share five World Championships between them (admittedly, four are Vettel's), giving the Maranello team the strongest line up on paper. But having lagged behind Mercedes and Red Bull for a number of years, and with both drivers ranking second compared with their previous teammates, the SF15-T will have to be substantially better than 2014’s F14 T.

The 2015 car wears a tightly packaged rear end, and features a completely redesigned rear-wing. Both Vettel and Raikkonen know how to win titles, so it’s up to the SF15-T to deliver. 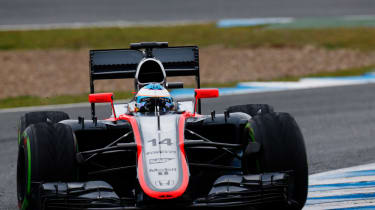 Honda powers McLaren’s F1 cars for the first time since 1992. The engine is all-new but is the car? Given 2014 was poor by McLaren’s standards – both drivers only finished on the podium once – we can certainly expect a significant change in design.

Notable differences include a significantly cleaner rear-end, with the rear wing and diffuser in particular appearing substantially simpler in design. Is simplicity the key to success here? Fernando Alonso is desperately hunting for that third world title, he’d be seriously unhappy if it were not. 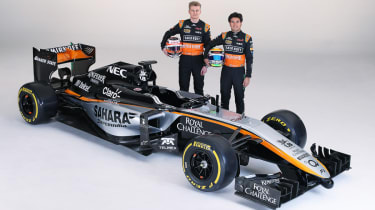 Yes, this is the 2015 livery, but no, this isn’t the 2015 car. Deciding to skip the first pre-season test in Jerez, Force India instead unveiled its livery on the 2014 car.

There’s no clue as to what the 2015 car will look like, yet. It should arrive in the coming weeks. 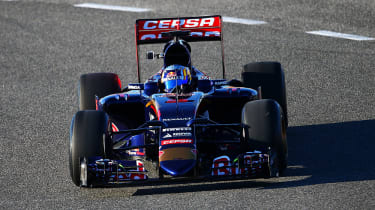 Can two rookies extract the maximum from the STR10? With 12 points finishes in 2014 between two drivers, the STR9 certainly showed pace. If 2015’s young chargers can bring more hunger to a likely improved car, there’s little reason why more points finishes shouldn't be on the table. 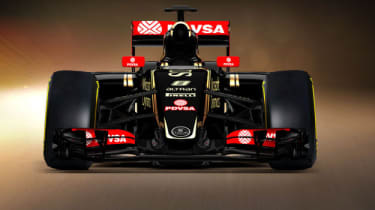 2014 was a tough year for Lotus. While the E22 showed pace, its drivers finished in the points just three times. The E23 will therefore have to be substantially better if the unchanged driver line-up is to improve.

While improvements to its Renault powerunit will be limited, the Enstone team has drastically changed its car. Most notably the double-tusked nose of the E22 has gone, while the suspension has been completely redesigned from the ground-up.

Lotus’ car has drastically changed, can its results do the same? 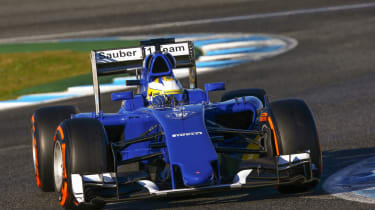 With the demise of Caterham and Marussia (although the latter team could be making a comeback if rumours are to be believed), Sauber is now the lowest ranked team on the grid.

Eleven points finishes  - ten of which came from ex-driver Hulkenberg – confirmed the 2014 C33 had potential, but the now sacked Esteban Gutiérrez struggled to contribute to the team’s points gathering. As a result, 2014 was the team’s worst ranking year.

The C34 unsurprisingly appears to be substantially different to the 2014 car. Tightened, trimmed and sat on a new front suspension setup, this year's Sauber needs both of its young drivers to capitalise on any potential strengths.