We analyse this year's Rally Sweden, and Henry Catchpole offers his thoughts on the season so far - and 2014 champ Ogier 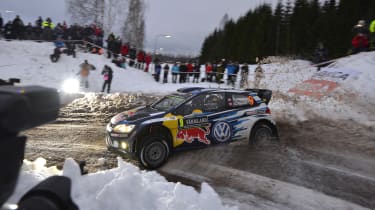 What with the return of Sebastien Loeb in Monte Carlo, then the long-expected but still warmly-greeted announcement that Toyota is coming back to the WRC, it was a good start to the 2015 season even before Rally Sweden. However, this weekend was one of the most exciting rallies I can remember for a very long time. A full snow rally is a beautiful thing anyway, but the way the story played out over 72 hours was riveting.

It began with a shock when the WRC2 Fiesta of Pontus Tideman beat all the WRC cars to win the opening super special and delight the home fans. He had the advantage of an early start time in the Race of Champions style head-to-head stage but nevertheless it was a remarkable performance.

Things settled down on Friday morning with the VWs again showing stunning pace. Then, in the last stage of the day, both Ogier and Latvala got sucked into snow banks, handing the lead to Andreas Mikkelsen. Latvala’s challenge was over but Ogier remained less than a minute in arrears with the Citroen of Mads Ostberg and the Hyundai i20 of Thierry Neuville between the Frenchman and Mikkelsen. 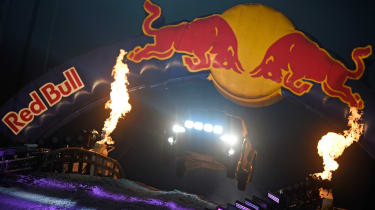 Things waxed and waned during Saturday and Sunday playing out with all the captivating drama of a proper endurance event, but it all came down to the final power stage. Going into the 15.87km Värmullsåsen 2 stage, Mikkelsen was leading but both Ogier and Neuville were less than five seconds behind.

I’ve watched the live streaming through BT Sport before now, but this was the first time I’d watched the action on the WRC+ service. It’s very good, with a live stage and a highlights package each day, both of which you can watch later at your leisure if you choose. Augmented with updates on Twitter and the WRC Live radio show, it all feels like a very enjoyable and immersive way to dip in and out and yet keep up to date with the rally over several days.

I’ve yet to investigate the onboard footage section of the website, but if you’re a fan of the WRC then so far the WRC+ service seems well worth it. The commentary was also very good, with Carlos Sainz’s erstwhile co-driver Luis Moya providing some lovely insights and infectious enthusiasm for the size of the jumps. 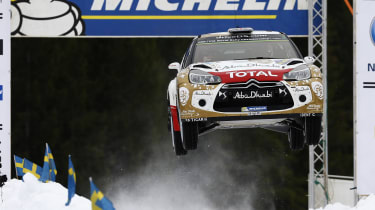 If you want to go and watch the highlights before I tell you who won, then do so now before I reveal the result… OK, so Ogier won. He put in a stunningly quick final stage, clearly pushing to the very edge of his supreme capabilities. Mikkelsen, behind him on the road, succumbed to the pressure and spun, also handing over second place to a sublimely fast Neuville in the process.

You could argue that both Mikkelsen and Neuville were slightly hampered by driving last year’s cars (both had the old sequential shift as opposed to the paddles in Ogier’s Polo) but then Ogier would claim that on balance he had the worst of the road conditions throughout the rally. At the end of the day it was just a fantastically tense spectacle and a reminder of how good the WRC can be.