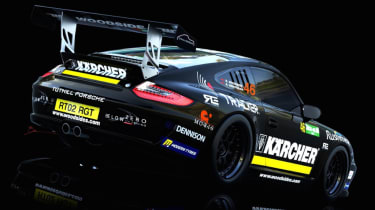 Following our 911 R-GT’s victory on the Monte Carlo Rally, we took the car to Ireland for a two-day test. A number of Irish rally drivers sampled the R-GT, giving us valuable insight into the 911’s pace compared to the WRC cars used in the Irish Tarmac Championship. Our own running with Richard Tuthill at the wheel helped us to firm up a list of adjustments required for the unique Irish Tarmac.

While we were in Ireland, we also had discussions about running R-GT on the 2015 Circuit of Ireland, from 2-4 April. We were delighted to agree a deal with lifelong Porsche fan and talented rally driver, Robert Woodside. 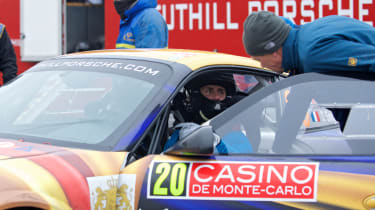 Partnered by regular co-driver, Allan Harryman, both crew members follow in the footsteps of famous fathers who have taken won the Circuit of Ireland. Last year, the duo claimed four stage wins in a Mitsubishi Lancer Evo, and a trophy for first Irish team overall. Robert was excited about bringing a proven Porsche winner back to the Circuit of Ireland for the first time in almost thirty years.

'I grew up watching Porsche 911s winning Irish rallies,' says Robert, whose family actually owned one of the famous Rothmans Porsche 911 SC RS models, which Tuthill Porsche helped to develop. 'Testing the 911 R-GT rally car on Irish roads, it quickly became obvious why rally fans have raved about its WRC appearances to date: it looks and sounds terrific and goes like a rocket!' 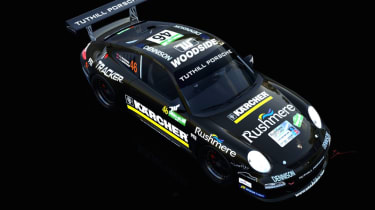 Tuthill supporters gave a very positive response to news of our Irish Porsche return, and previews of the car’s Matt Black livery. Running a freshly-rebuilt engine and transmission for the Circuit of Ireland, R-GT spent last Friday on the Superchips dyno and shipped out to Belfast the following morning.

We have a one-day test in Ireland this week, before starting the rally on Thursday. Follow all the Tuthill Porsche Circuit of Ireland news on our social media channels, with updates every evening at www.tuthillporsche.com.