We run through some of our favourite cars of the mountain 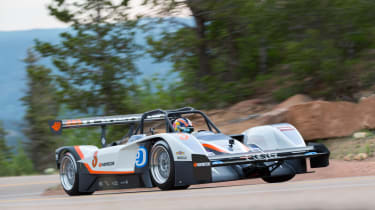 History was made on the Pikes Peak International Hill Climb when American rally and drifting star, Rhys Millen, set a new record time for battery-powered cars. Though his 9min 7.222sec run was nine-tenths faster than the previous record time, set in 2014 by Greg Tracy in a Mitsubishi MiEV Evolution III, it’s still over 55sec slower than Sebastian Loeb’s record breaking 2013 time, set in the 875bhp Peugeot 208 T16.

Paul Dallenbach topped 2015’s open wheel class in his winged PVA, while Jeff Zwart took Time Attack 1 class honours with a substantial 31sec advantage. The highest ranked Unlimited class car, a Radical SR8, could only manage eighth place overall, which is surprising given that this class has historically been the fastest.

The Pikes Peak International Hill Climb is America’s second oldest race. It’s also the third oldest in the world, with only the Isle of Man TT and Indianapolis 500 having run longer. Over its 93 years, Pikes Peak has attracted some of the most extreme machines and daring drivers to its summit. So now the dust has settled after the 2015 event, we've compiled a gallery of some of this year’s most exciting competitors. 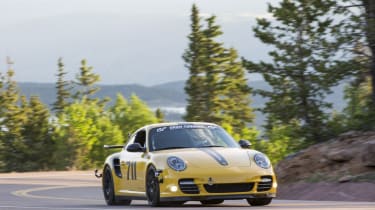 Rhys Millen was confident he could challenge for the overall top spot early on. ‘The exciting part is that our team is experienced, the car is amazing, and I’m hopeful we will make history’ he said. And proof his confidence wasn’t unfounded came when he made history with the first ever overall win for an all-electric car. 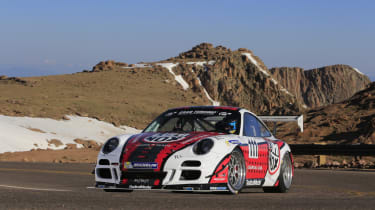 The Time Attack 1 class is arguably one of the most exciting for spectators, since it features the familiar shapes of production-based cars. Famous battles with the likes of factory-run Porsche 911s ensure it’s also one of the most iconic. 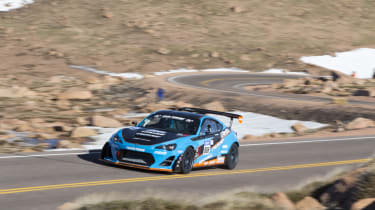 Nobuhiro ‘monster’ Tajima teamed up with Rimac Automobili to turn his Monster Sport E-Runner into a Mega-watt machine. The car - which almost looks like a liveried Batmobile - ran on the on the 12.42-mile Colorado mountain course with more than 1,000 kW (1,341bhp). Though Nobuhiro ranked second overall, his 9min 32.4sec time was 25sec behind the overall win. 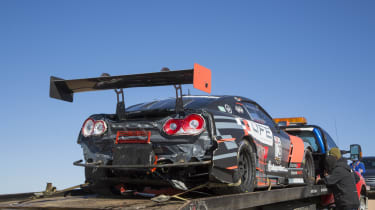 Mackin collaborated with Scion Racing to field the ultimate FR-S time attack car in 2015’s event. Robert Walker was at the wheel of the 480bhp weapon, which was a firm fan favourite the year before as it set a time by drifting all the way up the hill. Surprisingly, it still went on to take the final step of the 2014 podium, but this year the car failed to complete the course. 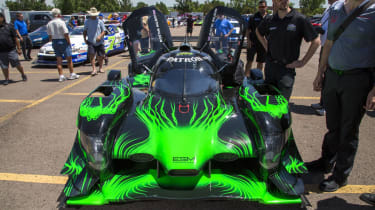 Unfortunately, Honda’s ARX-04b LMP2 car did not run in the ‘race to the clouds’ at the weekend. The car ran into a number of serious mechanical difficulties; the biggest being a failed turbocharger which then had serious engine damaging repercussions. As a result, Honda withdrew - a shame since the car had shown true winning pace early on.

Honda also fielded an electric CR-Z prototype in the competition and provided its new NSX as the event’s pace car.