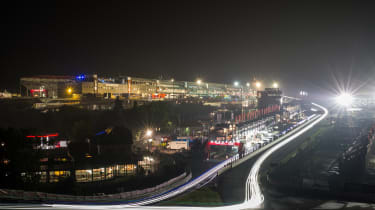 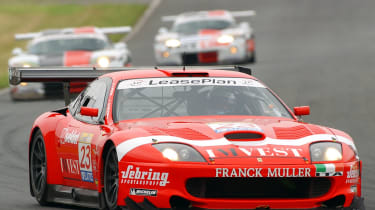 Ferrari grabbed its first Spa 24 Hours win for more than half a century when the 550-GTS Maranello of Luca Cappellari, Fabrizio Gollin, Lilian Bryner and Enzo Calderari won in 2004. The Italian marque’s last win was back in 1953.

The winning 550 actually beat the racing version of its successor, the 575-GTC Maranello, which was followed home by a Porsche 911 GT3-RSR. 13 laps separated first from third, with the winning Ferrari completing a total of 558.

Such was its success in 2004 that the 550-GTS - which was run by BMS Scuderia Italia - went on to secure both the drivers’ and constructors’ championships of the FIA GT series. 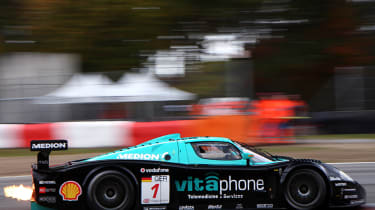 The first Maserati MC12 win at Spa came in 2005 thanks to Michael Bartels, Timo Schneider and Eric van de Poele. Completing 576 laps over 4001km, the winning car beat the sister MC12 and Ferrari’s leading 550-GTS Maranello onto the podium.

Despite its race focus, the racing MC12 is largely unchanged from its road going equivalent. Based on the chassis of the Ferrari Enzo, the MC12 utilises power from the same Ferrari V12. Its racing career spanned close to 100 races earning it 40 wins. It also secured the FIA GT manufacturers’ title for Maserati in 2005 and 2007 and the drivers’ crown a total of six times. 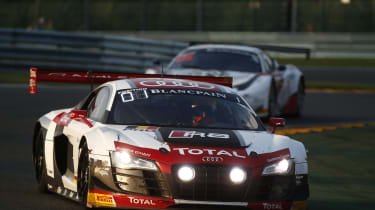 The 2014 Audi R8 LMS ultra is the predecessor to this year’s favourite for the win. Driven by Laurens Vanthoor, René Rast and Markus Winkelhock, the 5.2-litre V10 engined sports car beat a BMW Z4 GT3 and its sister R8 across the line, with 527 laps of racing separating the leading two by just 7 seconds.

Such was the success of the R8 LMS ultra’s 2014 season that it also went on to win at the Nurburgring 24 Hours. evo’s Richard Meaden got to drive that very car for a YouTube review – watch it below.

Considering its successor, the 2015 R8 LMS, is largely unchanged, many expect Audi to retain its crown for this year’s Spa race. But with the likes of Lamborghini and its new Huracan GT3 car, BMW and Ferrari all vying for honours, the race is far from won. It starts at 15:30 BST this Saturday.