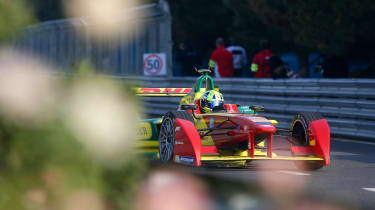 Just let that sink in for a second: racing, without drivers. Without personalities, without human fallibility, without emotions and bitter rivalries. Without a driver’s back-story. Without a young star’s potential or an old hand’s history.

Is it negative to decry such a thing before it’s even begun? Are we luddites for thinking that the series – named Roborace (officially in block capitals, that we shan’t replicate here) and set to support the Formula E series – won’t just lack drivers, but the excitement and intrigue inherent to any sport involving emotional, driven human protagonists?

We’d like to think not. evo covered Formula E throughout its inaugural season. For those prepared to cast aside their prejudices, Formula E’s racing is genuinely exciting. Probably more so than Formula 1, in most cases, with ample overtaking, nose-to-tail chains of cars, and low mechanical grip. 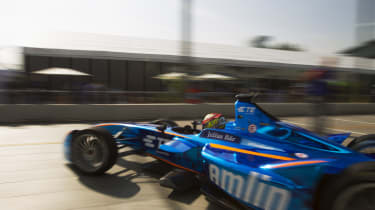 There are bugs to iron out – the car-swapping still seems contrived, and some of the circuits (notably the season finale in London) have layouts neither conducive to excitement nor overtaking. The cars aren’t fast, but the circuits are tight and the cameras used for televised coverage are positioned close to the track, giving much greater illusion of speed than F1 TV feeds that take in two or three corners at a time.

But part of that excitement is knowing that real, human drivers are working away at the wheel. They’re the ones managing the low grip levels, bouncing over kerbs and occasionally tangling with their peers.

Nobody wants drivers to be injured (or worse), but one of the greatest thrills of motorsport is its jeopardy. Drivers and fans know the racing is dangerous. It’s part of the thrill. We don’t even need to be taking part to feel the adrenalin rush of watching dangerous sports, be they racing drivers, jockeys, bobsleigh teams, boxers and other sportsmen and women pushing their bodies to the limit.

We can appreciate the thinking behind an autonomous race series, of course. It’s a celebration of technology; technology that could genuinely change the face of transportation. Even those who love driving can appreciate that there’s a time and a place for self-driving vehicles, be it that horrific motorway commute on a rainy Friday afternoon, or opening up personal transportation to those unable to drive themselves, through disability or otherwise. 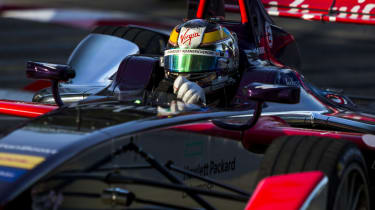 Roborace will apparently demonstrate that autonomous technology due to appear in road cars can work in extreme conditions. But unlike improving materials technology, refining combustion power or increasing electric efficiency, the road relevance of making a bunch of cars circulate a track seems limited.

Autonomous road vehicles will be inherently defensive. They will give each other space, brake to avoid incidents and stop before a pedestrian steps into the road. Racers must be aggressive, forcing others from their line, going four-abreast into turns and braking later than they really should. Racers take risks.

That’s where humanity will always have the edge. As drivers, they will push beyond a car’s limits to beat their opponent. As spectators, we can marvel at the risks drivers take, doing things we never would, or could.

There is little an autonomous car will do that we, as drivers or spectators, never would. We know this as autonomous, artificial intelligence racing already exists: in the virtual world. Videogames have implemented AI drivers for decades. And as anyone familiar with gaming knows, even the most advanced AI competition never truly drive like humans. 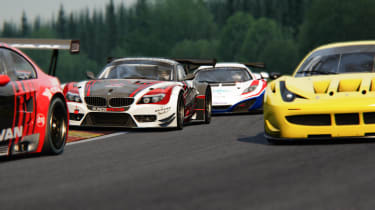 Yes, developers can program in aggression, or fallibility, or a virtuoso performance. But no game replicates the feeling of racing against others on the internet, or friends in the same room. Aggressive drivers will blindly block your way because they’re programmed to, not because they strive to win at any cost. Cars fall off the road because an algorithm tells them to take a turn a little too fast one lap, not because the driver behind has distracted them enough to make a mistake.

And a virtual driver will win because a calculation somewhere allows them to drive with non-human consistency and precision, not because they’ve spent their whole life tirelessly striving to improve and beat their rivals and can apply that skill to the conditions at hand.

There’s no doubt Roborace will be technically impressive. But as a spectacle? Something to become emotionally invested in, to laugh or cry at, to shout at the TV over or to argue about with co-workers? It’ll make us wonder why we ever criticised F1 drivers for lacking personality.