A rally game made by proper enthusiasts who truly understand rallying 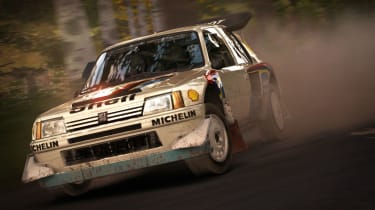 Launching a rally simulator at a Welsh rally school is brave decision. How can a driving game, even when using a steering wheel and pedals, compete with threading a MK2 Escort RS2000 through a Welsh forest on gravel?

The simple answer is, it can’t. But, when the chief game designer, Paul Coleman, is a proper petrolhead (he owns a BMW 1M Coupe) and is rally co-driver in his spare time, you know the latest DiRT Rally is going to be as close to the real experience as it can be.

After driving the stage at the Higgins Rally School, and living out one of my boyhood dreams of driving a MK2 Escort on gravel, my first attempt at the game was to try and emulate that experience. I couldn’t choose an RS2000, but instead I had to stump for a full works, BDA’d RS1800 – if only real life were like that. 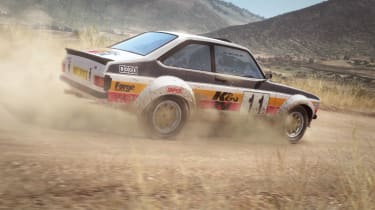 There are plenty of rallies to choose from, whether it be snowy Sweden or sunny Greece. I opted for the Sweet Lamb Welsh stage as it was closest to what I had just driven. It came with some typically Welsh weather, grey and wet – far worse than the weather I’d been out in. Maybe real life isn’t so bad. The scenery however, was very familiar. Tall evergreen trees and piles of recently felled logs scarily close to the edge of track. The puddles in the gutters, which reflected the small amount of sun there was, seemed particularly well considered too.

I was much braver in the game, naturally. That braveness, meant I also caused a lot more damage to the car. It’s not an easy game to jump into, and requires a fair amount of patience before it becomes satisfying and fun.

I only really started to gel with the game once I delved into the many ways you can modify the cars. Each car’s personality is very different and, to an extent, drives how you’d expect. For example, a Peugeot 205 T16 is far more lary and intimidating than a Ford Escort Cosworth. But, as every driver is different, each car needs a bit of modifying to make it work with your driving style.

Making the changes is simple and easy. Want a quicker steering rack? And, from what I can tell, all the cars on the game need one. It’s just an option in the menu. Stiffer dampers or anti-roll bars at the back for more oversteer? Easy. Lower the ride height for a tarmac stage? Just as easy still. Closer gear ratios are just a few buttons away. Each modification has a quick edit option, but you can fine-tune your car even further. For example, rather than just stiffen the dampers at one axle you can choose the bump and rebound settings too if you wish. It’s unrealistically easy, but all the better for it. 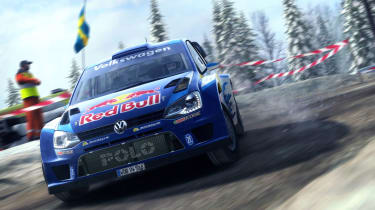 Once you’ve got your car set-up for the stage you’re driving on and your personal style, you can start to appreciate the game. The way the cars dive, roll and rotate feels very realistic, and if you’re used to driving quickly (on loose surface or not) it will be relatively intuitive. The cars find more grip the harder they are driven too. Braking helps the front find more grip and as the tyres dig into the gravel or snow the more traction they find.

The selection of cars is great. There’s the current crop of WRC vehicles, but there’s also cars that real enthusiasts lust over. There’s a Renault 5 Maxi Turbo, Sierra Cosworth, Alpine A110, Lancia 037 to name just a few. I compliment Paul on the inclusion of the E30 M3, not the most obvious rally car. He replies with a perfect response, telling me it’s only in the game because he loves the video of Patrick Snijers at the limit on the Manx rally. I told you he was a proper car guy.

Where Paul's experience as a co-driver really helps the game is beyond the driving. The pace notes are not only exactly as they would be for a rally he was co-driving for, but he also does the voice in the game too. To add to the realism, he recorded them through his helmet intercom in a moving simulator. 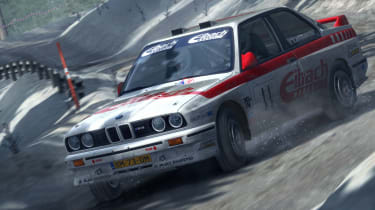 The other novel part of the game, which comes from Paul’s hands-on experience, is the element of luck in the career mode. Not only can you suffer mechanical damage or a puncture, but the cars you’re competing against can too. They also won’t be able to drive at full pace until they reach the next service point, slowing them down over several stages. If the damage is bad enough, they may not be able to continue at all.

So a computer game is never going to give you the thrill of actually rallying. But DiRT Rally is far cheaper than actual rallying, lots of fun and deeply involving.