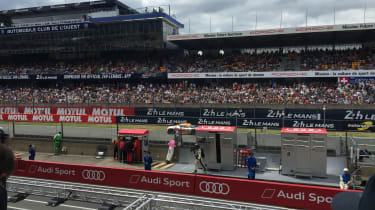 Le Mans really is unlike any other event in the motorsport calendar. Every year over 200,000 people gather at the Circuit de la Sarthe to witness 24 hours of the most gruelling and challenging racing imaginable.

Each car will cover up to 3300 miles, with drivers doing multiple stints through day and night, all with the hope of claiming the win in their class.

But Le Mans isn't just about the racing itself, it's about the event in its entirety. evo was on hand during the race and we wanted to share with you some of our own experiences behind the scenes. If you've never been, we hope this convinces you to make the trip next year.

The journey to Le Mans

Part of any great Le Mans trip is the drive own. Last year evo did it in a Porsche 911 GT3 and a Ferrari 458 Speciale, this year, the evo team was split between a Porsche 911 Targa, Aston Martin Vanquish Volante and an Audi RS6 Performance as well as an original C5 series RS6 Plus. 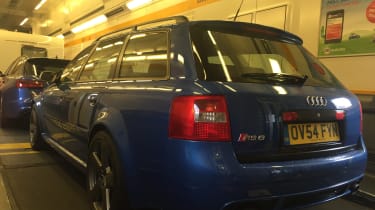 The selection of cars taking to the roads on the way down is usually impressive. Spotted this year was a Huracan, a number of Aventadors, a 1M Coupe setup to look like a safety car, numerous 458s and an entire fleet of 911s.

Before the race itself starts at 3pm, there's a grid walk that feels more like a circuit invasion.  Seemingly thousands of people jostle around the cars as they're wheeled out to take up the historic formation against the pit wall. 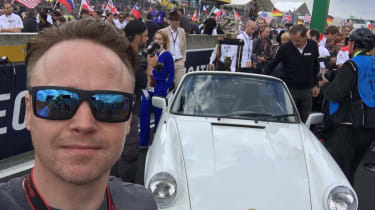 editor Nick Trott spotted the Le Mans trophy balanced in the back of a G-Series Porsche, before taking a closer look at Audi's R18 LMP1 car.

It then started to rain. A lot. But not before Brad Pitt, Keanu Reeves, Jackie Chan and Patrick Dempsey gathered for a grid selfie. Something which the evo team attempted to replicate later with no success whatsoever. 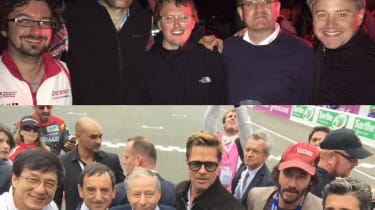 The rain meant that the race began under a safety car for the first time in it's history, and there was a feeling amongst some of the crowd that it stayed out too long. While the GT cars were certainly ready to go earlier, the prototypes were probably glad to stay in the R8's wake and the officials were probably right to be cautious - no point in recklessly rushing things when it's a 24hr race.

There's always the temptation during the first few hours of Le Mans to make judgements on who will win, but as we found out later in the race, it isn't over until the full 24 hours are up.

Even so, the Ford GT clearly had plenty more pace than expected, while the Toyota TS050 was starting to appear to be the quickest car on the track. 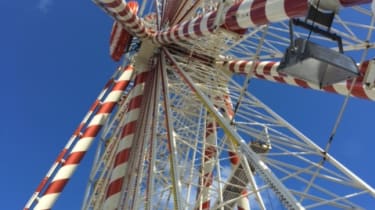 One of the best things to do at Le Mans during its opening hours is a visit to the iconic Ferris wheel. At the top, you can get an idea of sheer scale of the event, while at night, the Circuit de la Sarthe looks even more spectacular.

A brief wander around the track revealed that Audi had an almost absurd number of R8s lurking behind the scenes. evo's Henry Catchpole asked "will we look back at this shot in 20 years and gasp in the way we do now if we see a period shot of dozens of F40s?" 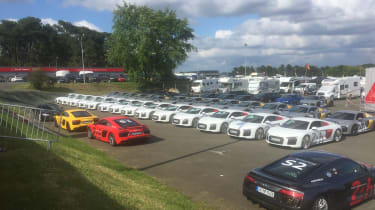 The sunset at Le Mans is, provided it's not raining, always special. It's usually the moment in time you realise just how much further the drivers have to go.

For evo, we usually make our way to the Dunlop bridge, where this year Audi had a special viewing area that anyone could climb up onto. That, or the various booths and boxes and hospitality areas. evo's managing editor Stuart Gallagher captured this shot just as the sun was going down behind the huge Porsche Experience Centre. 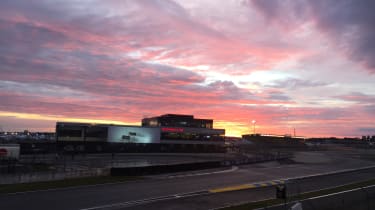 Most people at Le Mans talk about how everything changes the second they go to sleep. Nod off for even a moment and you can be sure that when you wake up the race order will have changed. The first thing you do when you open your eyes is switch Radio Le Mans back on to catch up on what drama you've missed.

For the drivers, mechanics and teams, it's when they settle in for the long haul. Pit boxes are dotted with engineers attempting to catch some sleep, while there's an unusual silence about the entire pit straight, which is usually such a hive of acivity.

We spent a lot of time with LMP2 team Strakka Racing. Firstly because we wanted to take a look at their rather excellent Lego Technic version of their race car, but also because the all British outfit is a great place to be at night. 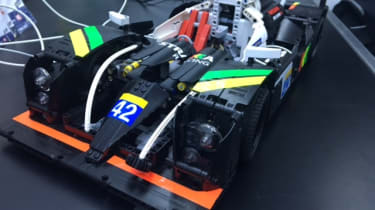 Around midnight or so, the Circuit de la Sarthe starts to empty out, leaving only those fans who will attempt to stay awake for the entire race.

The 'Village' at the circuit turns into a miniature festival where you can relax to the acoustic backdrop of various race V8s. It was also the only place that the entirety of team evo eventually managed to meet for a beer (the alcohol explaining the earlier photo and why we thought we looked anything like a bunch of A-list actors). 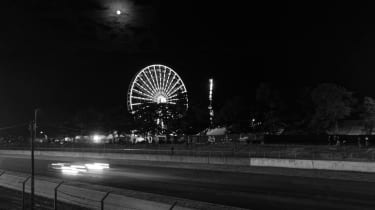 Really though, watching the race at night is like nothing else. evo's Henry Catchpole captured the above photograph before heading out to the Ferris wheel for a trip of his own.

It's a bizarre feeling heading home to sleep and then returning to the circuit while cars continue to race. It's difficult to imagine that they've continued on through the night while you've caught some much needed rest, but they have.

Le Mans nearly always throws up some surprises, but 2016 was a year like no other. For the most part, Toyota had established its lead in the LMP1 category running quickly but also efficiently. Finally the victory that they had craved for over twenty years looked on the cards.

That was until the very end of the race. With flags being unfurled and champagne on ice the television screens suddenly showed the lead car going slowly. Surely not. There was specualtion that it was waiting for the sister car in order to stage a grandstand finish, but then the sister car swept past. Perhaps it was trying to avoid doing an extra lap, but it seemed unlikely. Then a vacuum was almost created as 200,000 people collectively gasped. With with just three minutes to go the leading Toyota crawled to a stop on the start/finish straight. The cruellest of powertrain failures. Porsche swept past to take the win, but the atmosphere and talk at the circuit all centred around Toyota's efforts. 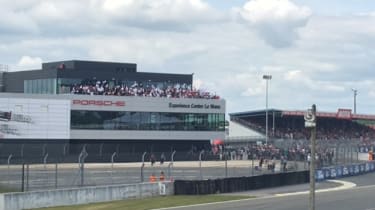 The above photograph shows the very moment it became apparent Porsche was going to win. The entire experience centre immediately overshadowed even the race cars for volume, such were the celebrations.

As the race ended, evo editor Nick Trott captured this Ferrari on fire. The driver was thankfully ok, but it marked an eventful end to a hugely eventful race. It'll probably take us a year to recover from all the drama, but you can be sure we'll be back in 2017. See you there?