Prize fighters - who will book their place on Continental’s ultimate tyre test? - sponsored 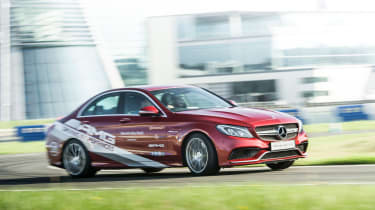 It’s 9:50 on Saturday morning, and there’s a nervous tension in the air at Mercedes-Benz World, just south of London. Registration for the Continental Tyres Black Chili Driving Experience Qualifier  doesn’t officially open for another ten minutes, but most of today’s hopefuls – some from as far away as Scotland and Ireland – have already signed on.

The nervousness and eagerness are understandable. On the line today is quite some prize – the trip of a lifetime, in fact: five days in the South of France driving on some of the best roads in the world, the ribbons of tarmac that wind through the spectacular mountains of the Côte d’Azur.

There the lucky winners will be handed the keys to cars including a Porsche 718 Boxster, Mercedes-AMG C43, Range Rover Velar and Tesla Model S – and they’ll be able to enjoy them to the full, as each car will be shod with Continental’s latest high-performance tyres featuring the company’s advanced Black Chili tread compound. 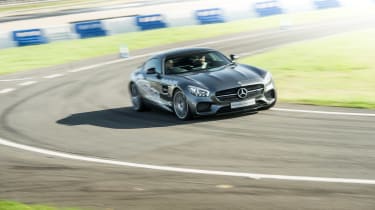 It’s an extraordinary opportunity. No wonder that behind their smiles, many of the competitors gathered here have their game face on. Twenty-four crews were invited to Mercedes-Benz World, but only 12 pairs will be flying south at the start of July…

Between them and the plane is the Black Chili Driving Experience Qualifier . The genial Peter Robb, Marketing Communications Manager at Continental, runs through the programme for the day, explaining that the final outcome will be influenced as much by the attitude and teamwork of each crew as by the results of each challenge.

Some of the tests are held inside the striking, glass-fronted Mercedes-Benz World building rather than on the track. As a kid you might have played with a buzz wire, threading a metal loop along a wiggly wire, trying to prevent the two from touching. Here the competitors are faced with a giant version of the game, and a loop big enough that two people are needed to manoeuvre it. Within a set time limit they have to post the fastest ‘clear round’ that they can. The game provokes frustration and amusement in equal measure. 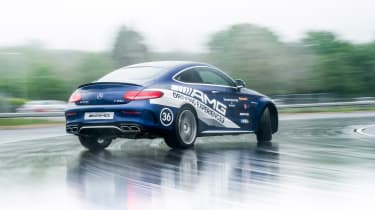 Then there’s the ‘BATAK’ machine, a large metal frame with buttons that light up at random. There’s a point for every lit button you press; to do well you need good peripheral vision, physical flexibility and fitness.

Also indoors is what looks like a plastic kettledrum that can be tilted around inside a frame. Peer down through the transparent top and you see a maze riddled with holes. The aim here is to guide a golf ball to the various point-scoring holes while avoiding the others. It sounds easy, but turns out to be a stiff test of concentration, teamwork and humour. In fact, it makes the Formula 1 simulators just down the corridor seem almost relaxing.

The ability of each crew to work together is tested even more severely by what comes next: a blind driving challenge. With the driver’s eyes covered, the navigator must guide them through a series of obstacles. ‘It’s much harder than you’d think,’ confesses Callum Marshall. ‘At one point I thought the car was still moving when my dad assured me we’d come to a complete stop!’

The off-road activity, by contrast, is an eye-opener for many of the drivers. ‘I’ve never done anything like this before,’ says Matthew Richardson, ‘and I’m very impressed by what a standard SUV on road rubber is actually capable of.’ 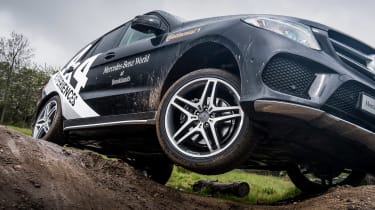 Everyone’s favourite part of the day, it’s fair to say, is the time spent behind the wheel of some snarling AMG machines. A foot-to-the-floor run ends in a brake-pounding emergency stop from about 80mph, and makes everybody more acutely aware of the performance you can access in a really well sorted car.

On the extremely low-friction surface of the skid circle the competitors find out about the importance of balancing throttle and steering in an oversteer slide, and also learn how critical the progressive breakaway characteristics of Continental’s tyres are in such situations. It’s not only an educational experience, of course; it’s a whole lot of fun, too.

At lunchtime, Mercedes-Benz World’s Silver Arrows display team hits the track and skid circle for a frankly staggering demonstration of precision car control. Alex Hawkins and Adrian Head win a passenger ride in a couple of the display cars. ‘Just amazing,’ reports Alex afterwards. ‘What impressed me most is how smooth those drivers are.’

‘Amazing’ is a common refrain among the competitors throughout the day. ‘I’ve really enjoyed it,’ says Ian Medforth. ‘But how could you not? This is a big boy’s playground!’

Callum Marshall is equally enthusiastic. ‘What an experience. The track here is quite narrow with some demanding corners, and the AMGs are very powerful – but even in the wet there was so much grip from the Continentals that you could push hard. My instructor was constantly encouraging me to keep it going, keep it going!’

The conclusion of the Qualifier is marked by a meal in the Gullwing Restaurant, during which the Continental team disappears to make some difficult decisions. If the atmosphere was tense first thing this morning, right now it’s brittle.

Eventually the team returns with the results, and while those who aren’t picked to go to France are understandably hugely disappointed, the winners of the Black Chili Driving Experience Qualifier  are jubilant. For them, the first week in July and those perfect, snaking ribbons of French tarmac can’t come soon enough.