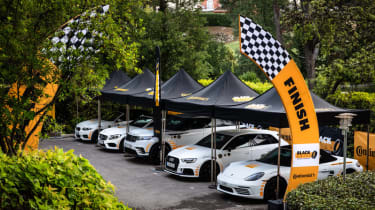 If you’re testing premium car tyres of the calibre developed by Continental Tyres, there’s only one place to go – the south of France. Set amidst scenery of jaw-dropping beauty, the roads there are challenging for tyres, car and driver; they’re also tremendously entertaining and home to several of the most iconic stages of the Monte Carlo Rally.

Though hardly essential to the enjoyment of tyre testing, it would be remiss not to also mention the glorious climate and the endemic sense of glamour and style that pervades the whole region as further attractions for visiting this part of the world. And this is where the 12 winning teams of the Continental Black Chili Driving Experience found themselves in the baking heat of early July, with the mission of learning more about Continental’s range of Ultra High Performance Tyres (UHPTs).

The region’s switchback hairpins and fast, sweeping corners would provide ample opportunity to discover how the company’s unique Black Chili tread compound and new Micro Flexibility Compound help strengthen the bond between tyre and road surface. Helping with the lessons was a diverse fleet of premium cars – a Mercedes-AMG C43, a BMW M240i, an Audi RS3, a Range Rover Velar, a Tesla Model S and a Porsche Boxster – that the winners and their co-drivers would swap between on a frequent basis during three solid days of dynamic driving. 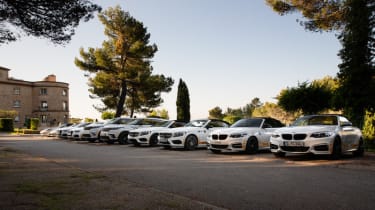 With meals and accommodation thrown in, the Continental Black Chili Driving Experience was a spectacular prize, as all of the attendees confirmed. ‘It was awesome,’  enthused Andrew Smitheman, ‘and it’s still hard to believe that I went on it.’ Julie Edwards reckoned ‘it was a truly magical experience’, while Adam Hance called it a ‘money-can’t-buy trip that we were all completely blown away by’.

Rob Sadler was equally effusive: ‘The whole thing was brilliantly well put together. The locations were breathtaking and the roads marvellous – I can’t see how the Continental team could have done anything better than they did.’ Alex Hawkins agreed with Rob. ‘Everything ran so smoothly and on point,’ he said, ‘and the route books were just like I use for rallying. And the roads they chose couldn’t have been more perfect, especially for a rally driver.’

Ian Medforth was another fan of the region’s roads, which during the trip wound between coast and mountain, alternated between broad and extremely narrow, and presented surfaces that ranged between supremely smooth and wickedly lumpy. ‘I’ve driven through the Gorges du Verdon before,’ he revealed, ‘but it was great to enjoy the local knowledge brought to the event by the Continental crew that threw us along some wonderfully snaking back-roads.’ Continental Tyres country, then. Rosie and Kevin Rose certainly thought so. ‘On its SportContact™ 6 tyres the Boxster felt like it wasn’t going to be budged from its chosen line through a corner,’ enthused Kevin, ‘and the confidence the tyres gave you was enormous.’ Tim Naylor was of the same mind about the tyres’ virtues, but thought a different car highlighted them best: ‘In the Audi RS3 [equipped with the Audi-approved ContiSportContact™ 5 P] I found I could really push to the limit of the grip.’ 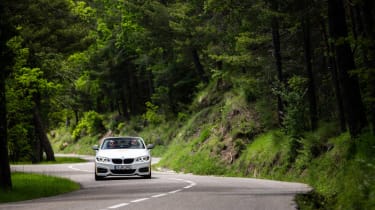 Several of the testers commented on the road-holding that the Jaguar Land Rover-approved ContiSportContact™5 tyres endows the Range Rover Velar with. ‘On these tyres the Velar really punched above its weight,’ remarked Matthew Richardson, ‘and gripped in a way I wasn’t expecting.’ And everyone was knocked out by the ContiSilent™ tyres fitted to the all-electric Tesla. As Julie and Dale Edwards pointed out: ‘Not only did the Tesla have very impressive grip, but the absence of roar from the tyres meant you were travelling in silence, which was an interesting  experience.’

As it was time to head – somewhat reluctantly – homewards, rally driver Alex Hawkins summed up everyone’s feelings about Continental’s UHPT offerings. ‘Over the years I’ve tried many, many tyres,’ he said, ‘but these are the best road tyres I’ve ever experienced.’ So, is it worth you  entering the Continental Black Chili Driving Experience 2019? We’ll let Kevin Rose answer that: ‘We drove some excellent cars equipped with outstanding tyres along some stunning roads. We stayed in fantastic hotels and ate amazing food. And the Continental team were so friendly and efficient. ‘It was a life-changing experience. It gave my wife Rosie more confidence in her driving and has given both of us the inspiration to get out and travel a bit more: without Continental we’d never have thought about doing so.’