What do supercar makers have in store for us over the next few years? Harry Metcalfe finds out 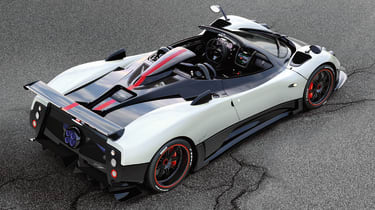 We’re about to see a raft of new models emerge from the big supercar players, all of whom will have been keeping a close eye on the new CO2 legislation that comes into effect in 2012. Here are just some of the highlights.

LAMBORGHINILamborghini president Stephan Winkelmann wants the company to gain social acceptance in our new CO2-conscious world. At the factory in Sant’Agata the whole roof area has been given over to a sea of photovoltaic cells that will produce over 20 per cent of Lamborghini’s total electricity needs, enabling it to build its cars in a more environmentally friendly way.

The cars themselves will be adopting plenty of new technology too, which, Winkelmann claims, will reduce tailpipe CO2 emissions by 35 per cent by 2015. The main ingredients to achieving this are reduced weight, direct fuel injection, new engine technologies and trick aerodynamics.

The Gallardo LP560-4, introduced last year, reduced emissions by 18 per cent compared with its predecessor, while the recently revealed rear-wheel-drive-only LP550-2, which has slightly less power and a 30kg weight saving, produces even better CO2 figures. This car gives us the clearest indication of where Lamborghini will be going with all future Gallardo model development.

However, the really big changes are reserved for the Murciélago replacement, expected in early 2011. This will be a clean-sheet car featuring a brand new V12 (expected to produce close to 700bhp) and a carbonfibre chassis, the latter marking the end of the line for the ancient tubular spaceframe used by the Murciélago and which first saw the light of day in the Countach.

Winkelmann has admitted that Lamborghini is also looking into stop-start technology, although getting it to work properly on many-cylinder engines is much harder than on smaller units. He also confirmed that Lamborghini will be sticking with its current V10 and V12 engine configurations and is not looking to reduce the number of cylinders to help cut its CO2 emissions even further.

FERRARIFerrari was first to show its hand two years ago, when it gave the world a glimpse of the future with its lightweight Millechili concept. The company wants to be the first of the supercar players to put new hybrid technology into production, as well as introducing a road-going version of its F1 KERS system.

The latter has stalled recently as it is proving more difficult to implement than anticipated, but Ferrari is still determined it will happen. Expect to see KERS on the Enzo replacement, which is due to be revealed next year. What we don’t know yet is whether this car will have the new twin-turbo V8 that Ferrari is working on or a development of the V12 used in the FXX.

The first car to arrive, however, will be the F450 – the replacement for the F430 – which will be lighter than the current car, more powerful, and fitted with a revised version of the new DCT gearbox used by the California. The new car is bound to be greener too; expect a lot of work to have gone into aerodynamics, specifically cutting drag while maintaining downforce.

McLARENMcLaren will be showing us its rival to the F450 later this year (which we now know to be the MP4-12C), and this too will be looking to be as green as possible, with the lowest CO2 emissions achievable for this sort of car. As a true McLaren, it’s bound to be light for a start. We’re expecting carbonfibre to play a major role in its construction.

BUGATTIBy September we should have a better idea of how Bugatti plans to follow the Veyron. This year is the company’s centenary and the rumours are that it will be producing something extra special to celebrate. From what we understand, the new car will feature the engine from the Veyron along with a radical new interior. Expect to see something at September’s Frankfurt motor show.

PAGANIFinally, Pagani is still hard at work on its Zonda replacement, the C9. Weight has been reduced recently, power is up and Pagani is confident that it will be a groundbreaking supercar, capable of giving the established players a serious run for their money. The interior is reported to be spectacular, while the car will gain aerodynamic aids that will dramatically reduce drag while still giving excellent downforce. Expect to see the C9 at next year’s Geneva show in March.

In the meantime, Pagani can’t resist producing further Zonda variations, like the latest Roadster version of its limited-edition Cinque. Mercedes has agreed to build a few more V12 engines for the supercar maker, so Pagani is happy to construct special one-off versions of the Zonda to meet the constant demand for a car that refuses to bow out gracefully.

With the news media still being dominated by the unprecented worldwide recesssion, it’s heartening that there is such a long list of new supercars to look forward to. Let’s just hope the buyers are still out there.