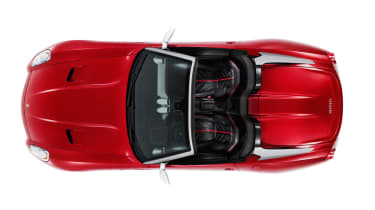 Ferrari is set to launch a special owners’ club. It’s designed to make sure loyal customers get their hands on the company’s scarce limited editions, such as the SA Aperta convertible, of which only 80 were made. Owners of five or more Ferraris – around 300 people, the supercar maker estimates – will be offered future Prancing Horse specials, which should avoid them ending up in the hands of sales speculators who buy sought-after cars to make a profit. Spending £40,000 on five bargain Mondials isn’t likely to earn you membership, though. Ferrari is also planning an annual ‘cavalcade’ driving tour for 120 owners, which will take in a different region of Italy each year, as well as trips to Fiorano and Mugello.