Ferrari announces a small recall of California and 458 Italia supercars 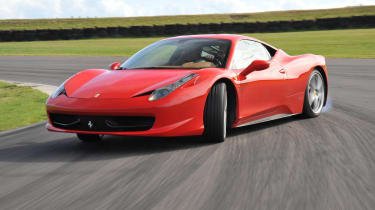 Ferrari has announced a small recall affecting its V8-engined models.  The problem relates to a finishing process on the crankshaft, which has been applied by an incorrectly calibrated machine. The can cause unusual vibrations, which could eventually lead to engine seizure. Ferrari says there haven’t been any reported failures, and this is a precautionary move after the mistake was identified. The recall affects Californias and 458 Italias built in the last three and a half years, with 206 cars worldwide needing attention. From a production run passing 13,000 that equates to around 1.5 per cent. In the UK, ten Californias and six 458s are affected. Each owner will receive a letter from Ferrari informing them of recall action.