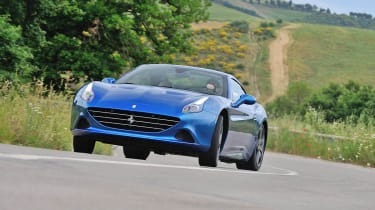 All cars must adhere to their basic proportional limitations, by most accounts GTs like the California T are blessed in this respect, but the California has not been so lucky. The culprit is that folding roof, forcing designers to work around a tall and broad rear deck making the California T look unbalanced and clumsy.

Rivals like the Mercedes-Benz SL that also feature folding hardtop roofs by and large avoid this issue, but thanks to the California’s transaxle gearbox, Ferrari had no choice but to mount the roof mechanism in a much higher position in comparison to rivals. 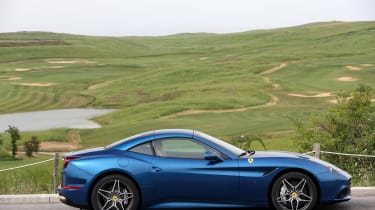 The original California compounded these aesthetic issues by being badly detailed and full of clumsy touches that only made the tail look even more ungainly. Upon the transformation to T, Ferrari righted many wrongs, redesigning a sleeker front end and far more resolved tail. The issue is that those inherent proportions still keep the California T from looking as sleek as it could.

Overall the California T is no longer the ugly duckling it was before, and it still does the job of attracting buyers that perhaps would not have previously considered a Ferrari. Compared to Ferrari’s striking current aesthetic, however, the California T is still flawed.