Italian coachbuilder Zagato has had its way with a Fiat 500, and this is the result... 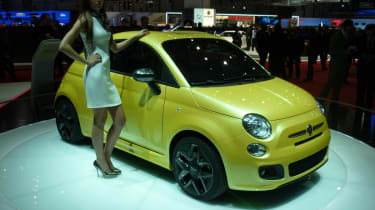 One of the biggest (or should that be smallest?) surprises of Geneva is this Fiat 500 Coupe Zagato. Though its styling harks back to previous joint coach building efforts between the two Italian firms, its powerplant is the latest iteration of Fiat’s innovative TwinAir unit, creating a fascinating amalgam of Fiat past and present.

Though clearly based on the standard 500 (it still shares the same dimensions), the Zagato Coupe has come clear identifying features. Along with the trademark Zagato ‘double-hump’ roof, the car has been significantly lowered and the angle of the rear windscreen made much shallower to create an impression of a longer, lower, wider car.

The Zagato Coupe also acts as the debut vehicle for the new 105bhp version of Fiat’s two-cylinder TwinAir engine. Previously only available with 85bhp, this new variant of the 875cc motor delivers its power peak at 5500rpm and its torque maximum of 114lb ft at 2500rpm. Despite now putting out 124bhp per litre, this higher-powered version of the TwinAir engine still emits just 95 g/km of C02.

Reportedly aimed at a ‘young and dynamic male target’, the 500 Zagato Coupe has been designed to be ‘full of energy and brimming with personality’. This even extends to the choice of colour for the concept car. The ‘Pop Yellow’ hue is a specific three-layer colour that tends towards white and serves to emphasise the vehicle contour. 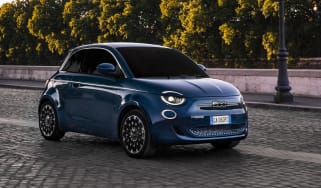