What you need to know about Formula E 2018-2019, including the calendar, the teams, the cars and where to watch on TV 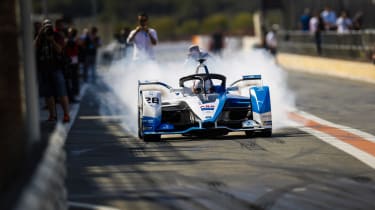 Formula E’s fifth season starts in Saudi Arabia this weekend, on December 15th 2018. And if you’ve yet to give the electric racing series a chance, there’ll be no better time than the 2018-19 season.

With more manufacturer support than ever before, the arrival of drivers from F1 and DTM, and a fundamental change in the way the cars look, perform and last the race, Formula E should continue to build its audience and might even convince a few previous cynics. There are new tracks thrown into the mix too, while the newfound range of the cars will bring an extra strategic element to the sport.

Below you’ll find a rundown of everything you need to know about season five of Formula E – including where to watch it trackside and on TV. 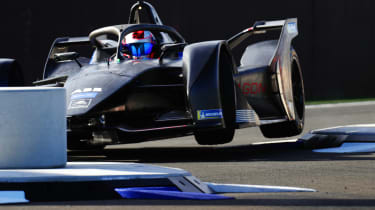 The most significant change for the new season is the car itself. Known colloquially as the “Gen 2” car, the new SRT05e chassis is designed by Spark Racing Technology, and will be run by all this year’s teams.

It’s dramatically different to look at, with sleek, futuristic bodywork featuring swooping arches that blur the line for Formula E being an open-wheel series. It also incorporates not just the best integration we’ve yet seen for the FIA’s “Halo” safety system, but also a large rear diffuser that will give the car much of its aero capabilities.

Surprisingly, when compared to the Gen 1 car, the latest cars actually develop less downforce. Teams can run their own motors, transmissions and inverters, but weight is controlled, with the SRT05e coming in at 900kg including a driver. The cars develop up to 335bhp in qualifying trim, and are capable of reaching 62mph in 2.8 seconds. They’ll also now run on until 174mph, up from 140mph, though the increase in weight and decrease in downforce mean cornering speeds may not greatly differ from previous seasons.

The biggest change though is the new battery, designed by McLaren Applied Technologies rather than Williams Advanced Engineering. It contributes 385kg of the car’s weight, up from 320kg, and this hints at its newfound extra capacity. Over the past four years of the series, technology has progressed enough that the new pack has double the capacity of the old one, and that has resulted in a significant race format change too, in that drivers will no longer need to pit to change cars half way through the race.

This will throw up some similarly large changes in strategy. Certainly in recent seasons, small improvements in battery tech meant teams rarely encountered flat batteries and only had a couple of laps during the race where capacity might have been a problem. That kept things relatively simple, but now, each 45-minute race will be fraught with strategic decisions, depending on the pace of competitors, the appearance of full-course yellows, and each driver’s choice of when to use the new performance-boosting “Attack Mode”. 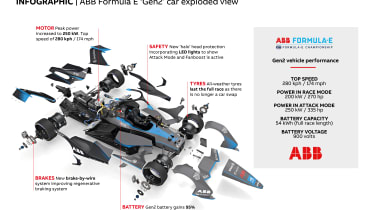 This season will have the greatest number of manufacturer-backed squads yet in Formula E, with Audi, BMW, Jaguar, Mahindra, DS Automobiles, Venturi and Nissan all represented.

The latter takes over from partner Nissan at e.Dams, having bought a stake in the outfit. Nissan claims not just that its racing exploits will help road car development, but also the other way around, bringing the software experience of selling more than 600,000 Leaf road cars to its street circuit-bound racers. Meanwhile, BMW partners the existing Andretti team, while DS has moved allegiance from Virgin Racing to the Chinese Techeetah squad.

New to the series altogether is HWA Racelab. The team might be new to Formula E, but it’s also behind the hugely successful Mercedes-AMG DTM team, and it’s not hard to see why HWA has entered Formula E now, given that Mercedes aims to enter the sport in the 2019-20 season.

HWA also brings an experienced driver lineup to the team, with ex-F1 driver Stoffel Vandoorne, and existing HWA DTM driver, Gary Paffett. Most other teams have retained their 2017-18 lineups for the latest season, the most significant new driver being the hugely experienced Felipe Massa, who joins Venturi.

Nissan e.Dams was left scratching its head for a new driver after initial signing Alex Albon was snatched up by the Toro Rosso F1 team for 2019. Brit, Oliver Rowland will now join 2015-16 champion Sébastien Buemi. He has only one previous race in Formula E under his belt, but has had reasonable success at various steps on the racing ladder and joins FE from development work in F1.

An even fresher face to Formula E is Maximilian Guenther, who signs for Geox Dragon this season alongside Jose-Maria Lopez and comes to the sport from a stint in Formula 2. Elsewhere, three-time Formula E winner Felix Rosenqvist finds a seat at Mahindra, with double race-winner Jerome D'Ambrosio moving across from Dragon to fill the other seat this season. 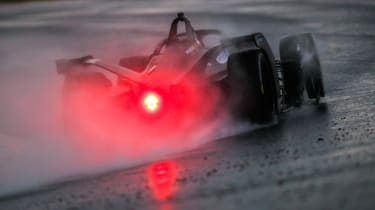 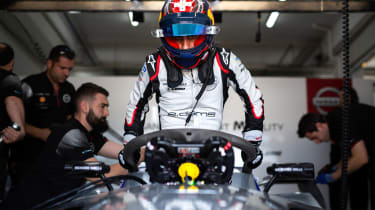 Formula E’s fifth championship will again be almost a season of two halves, with a series of “emerging market” rounds at the start, followed by European and American events from around the season’s mid-point. Newest of those emerging markets is round one in Ad Diriyah, Saudi Arabia, a town on the outskirts of Riyadh. With 21 turns it’s among the twistiest tracks on the calendar, but its December 15th slot should keep the Middle East’s crippling heat to a minimum.

Also new is the appearance of a track in Sanya, China. While Formula E has visited China before (and will return to Hong Kong in 2019) Sanya’s resort-style surroundings, relatively small population and position as one of China’s southernmost cities are almost literally a world away from the polluted northern metropolis of Beijing from seasons one and two. A circuit layout hasn’t yet been revealed, but a picturesque waterfront layout is likely.

Another city layout yet to be confirmed is that of Bern in Switzerland. Formula E visited Zurich last season – the first high-level circuit race in the country for six decades – so Formula E’s message should again fit right in with the notoriously motorsport-averse country.

The 2018-19 Formula E season will feature a support series for the first time, with the Jaguar I-Pace eTrophy joining the main event for ten rounds, including the New Your season finale double-header. The production-based racers aren't light at 1965kg – more than double that of the Formula E cars – but tin-top racing on street circuits always has the potential for entertainment, so it'll be a fun series to follow. The eTrophy calendar is included below. 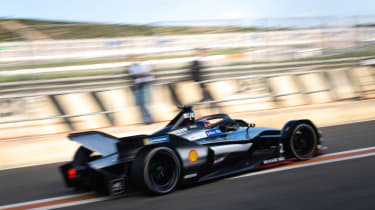 One of the easiest places to catch Formula E, and at a time that works around your own schedule, you won’t do better than the series’ own YouTube channel. With a mix of interviews, mini-documentaries, race highlights and full race replays (the latter typically going online a few days after each event) the channel is a useful resource.

Further demonstrating Formula E's ambition to move into the digital age, it has been announced that all races of the 2018/19 season will be available to watch live on the BBC Sport website, BBC iPlayer and the BBC red button. At least one ‘E-Prix’ will also be transmitted live on traditional BBC network TV, however the schedule is yet to be announced. 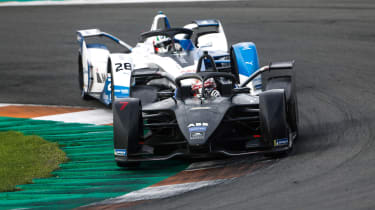 Travel to a race

As far as watching in person is concerned, the European rounds will be most easily accessible from the UK, with Paris probably the simplest. Good connections via the Eurostar (£40 each way for a long weekend in April 2019) and several airports (around £60 each way from Heathrow to Charles de Gaulle with BA) mean travel is quick and affordable and there are certainly worse cities to spend an extra few days in around the racing.

We’d recommend Berlin too; the purpose-built Tempelhof circuit has plenty of spectator viewing and the city is fantastic. And if the Monaco Grand Prix is a little rich for your tastes, the Monaco e-Prix may be a better shout – it’s within relatively easy reach of Nice airport (around £80 each way on BA from Gatwick over the race weekend) by both train and car. You could always make a road-trip of it too, with some fantastic driving roads to explore in the South of France.