There's been plenty of scepticism about Formula E since the series launched, but it could teach Formula 1 a few lessons 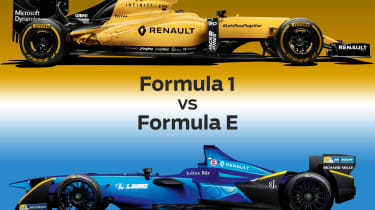 Mansell versus Senna at Monaco in 1992. The rain-sodden BTCC feature race at Donington Park in ’98 (also featuring ‘Our Nige’). Button’s charge from the back at the 2011 Canadian GP. René Arnoux and Gilles Villeneuve bashing wheels at Dijon in 1979. Asked to name the greatest races of all time, most of you could probably reel off a similar list.

Mine would also include the final few laps of the 2016 Buenos Aires ePrix. Why? Sébastien Buemi on the charge of a lifetime, having started from the back of the grid. British driver Sam Bird fighting for rear grip as he defends a lead he’s had since the flag dropped. Both drivers with enough battery energy to drive flat-out to the finish.

‘My car last year was very overweight,’ Bird tells me. ‘And all that weight was at the rear and quite high up, which made for a very oversteery car...’ It wasn’t the only race last year that he fought with his car. ‘No matter what we did with the setup, after a couple of laps the weight came into effect, I’d overheat the rear tyres, and be sliding all over the place,’ he says. That came to a head at round 4 in Buenos Aires. Buemi’s on-board footage was incredible – Bird’s car stepping out of line at nearly every turn. There was more action in those final few laps than I’ve seen in F1 for years.

Some will scoff at including Formula E in a list of greatest anythings. You may already be turning the page. But do me a favour: seek out that Buenos Aires race. You won’t regret it. And the races (and qualifying) are held on Saturdays, so you can still enjoy a snooze at around 1pm each Sunday without missing any action. It might be difficult for petrolheads to marry the ideas of excitement and electric drivetrains, or motorsport without sound (Formula E does have sound, just not the kind we’re used to), but racing is racing and Formula E enjoys some of the best four-wheeled competition around right now.

Bird will tell you the same. As will the 19 drivers he competes against and rates highly. Higher than some in F1. I ask him the obvious question: if he got that call from Mercedes, or Red Bull, would Formula E be a distant memory?

‘No. I don’t have the £15million needed for a seat,’ he says. ‘That’s what’s great about Formula E – drivers are paid for their talent. It’s not just arrive and drive. Nobody is here because of sponsorship.’ That feeling of exasperation every time an F1 team hires a Maldonado with millions in sponsorship behind them? Not in Formula E: every driver is there on merit.

> Porsche abandon the WEC in favour of Formula E 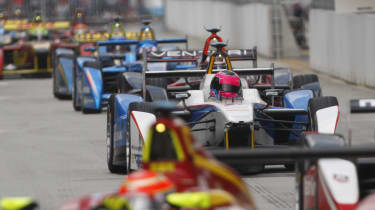 Also easy to appreciate is the appeal of a series where the cars are so closely matched. F1 is characterised by vast budgets and dominant teams exploiting loopholes in otherwise restrictive rules (think blown diffusers, or Mercedes’ split turbocharger), leading to stretches where previous winners don’t get a look-in – and low-budget backmarkers fall ever further behind. Formula E’s budgets are much lower, development more gradual. No team is leaps and bounds ahead, even if some – Renault e.dams, Audi Sport ABT Schaffler, DS Virgin Racing – have made greater progress than others. In a couple more seasons’ time we’ll see even greater changes, but the racing should remain close.

There are still problems to be ironed out. When pushed, Bird admits he’d like more performance, but that will come. They already make more power than during the 2014-15 season, using less energy. Eventually, battery technology will improve to the extent that the gimmicky car swapping will no longer be necessary.

Regardless, excitement levels will still be high. Formula E’s street-circuit approach works on many levels: silver-screen city backdrops; low grip (tyres and tarmac), bumpy surfaces that test the skill of the drivers; accessibility for spectators; and a real sense of jeopardy, since one mistake could end a driver’s race. Packed with character (and overtaking spots) they’re a real antidote to the soulless Tilke-designed ribbons F1 has long suffered. Better still, there’s interest in setting up tracks in ‘old’ markets like France, Italy, Germany, the UK and America, rather than government-backed outposts. 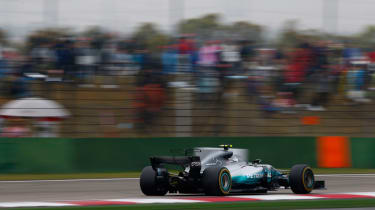 That Formula E cars aren’t as quick as those of some other single-seater series barely matters, as the close confines and even closer racing make the action look far more dramatic than it would on an open course with acres of friendly run-off. Anyone who has ever watched Formula Ford, or even Mini Se7ens, will realise that speed is less important to the racing spectacle than close competition. We’ll just have to get used to the noise...