Ever get that feeling you've forgotten something? Here are the cars you might have missed at the Geneva motor show 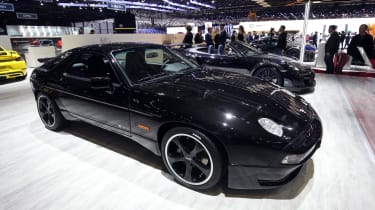 Geneva's press days have drawn to a close and the show now opens its doors to the general public. If you're heading to the show this year then make sure you check out our coverage on our Geneva motor show hub - but there's plenty more to look at if you stray away from the more conventional metal.

Here's a selection of cars we've not covered in detail but are very much worth your time and attention, for better or worse. 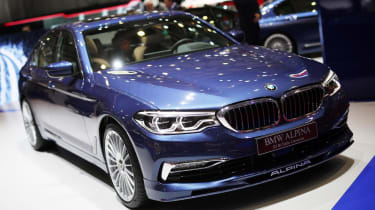 Along with Ruf, Alpina’s stand is a must-visit at the Geneva motor show. This year the Buchloe-based concern launched its new B5 Bi-Turbo, based on the latest G30-generation 5-series, and it drips with desirability. It’s petrol-powered for a start, using a 608PS, 4.4-litre twin-turbocharged V8. That facilitates a 3.5-second 0-62mph time, but part of an Alpina’s appeal is in the supremely fluid, polished way it demolishes a road, so we’re very much looking forward to a drive. 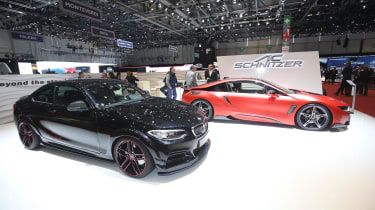 Schnitzer presented two cars in Geneva. The first is the production version of the ACL2S - not quite as extreme as the car we recently drove, but the modified BMW M240i is limited to just 30 examples. Its bright red partner on the stand is Schnitzer’s take on the BMW i8, showing off the company’s carbonfibre aero accessories range. There are front and rear spoilers, canards, air vents, side skirts and more, while the show car was also dropped by 25mm at the front and 20mm at the rear over 21-inch AC Schnitzer wheels. 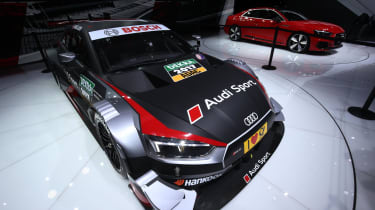 The production Audi RS5 has traded its old V8 for a twin-turbocharged V6. No such problems for the new Audi RS5 DTM launched alongside, which retains a 4-litre V8 and puts 500bhp to the ground. It looks wonderfully, deeply insane, and will compete against HWA’s Mercedes-AMG C63 DTM and BMW Motorsport’s M4 DTM in the 2017 season. With drivers like Loïc Duval and Mattias Ekström among Audi’s stars, it’s in with a chance of matching its 2016 manufacturer’s title. 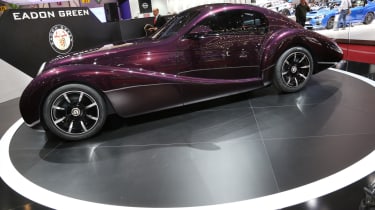 If you’re pining for the art deco days of cars like the Bugatti Type 57 Atlantic and teardrop Talbot-Lagos, then Eadon Green’s Black Cuillin might be up your street. The aluminium bodywork is straight from the 1930s (albeit punctuated by modern-looking details, the headlights in particular and the one-piece windscreen) and the engine is a 6-litre V12. And it comes all the way to Geneva from Holmfirth in West Yorkshire - where there’s muck, there’s brass, etc. 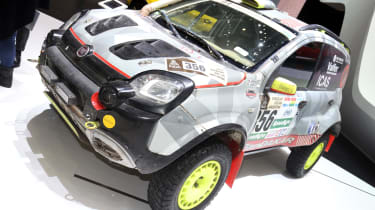 Fiat’s quirky Panda is almost overlooked these days but it’s harder to miss in full Dakar battle dress, with neon lime wheels, raised suspension, and scoops and snorkels peppering its front end. It became the first ever Italian car to finish the Dakar Rally at this year’s event. Okay, so 55th place - two away from last - won’t make many headlines, but it’s a remarkable achievement from something that started life as a city car. 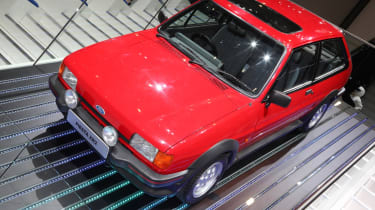 It’s become popular for manufacturers to bring examples of their heritage to motor shows. Cynics would say it’s a good way of distracting critical journalists from the less appealing new cars on a manufacturer’s stand, like dangling some string in front of a cat sharpening its claws on the sofa. Given Ford’s new arrival this year was the new Fiesta, in regular and appealing Fiesta ST form, it’s more likely the XR2 was there to illustrate the firm’s illustrious, if occasionally patchy wares in the hot hatch arena. 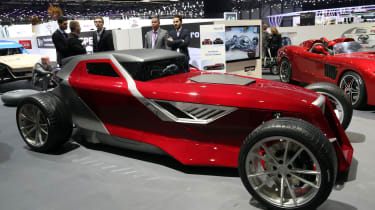 Sbarro’s latest work is appropriately named, its hot-rod form evoking memories of the high-speed races held on the Mojave desert back in the 1930s. Not that you’d confuse the Mojave for a Model A, as its details are inescapably modern. As is its powetrain - a 4-litre Jaguar V8 making 294PS, sent through a 5-speed BMW manual transmission to the rear wheels. No performance figures are quoted, but at 1060kg it’s hard not to imagine the Mojave would fit right at home on the desert flats. 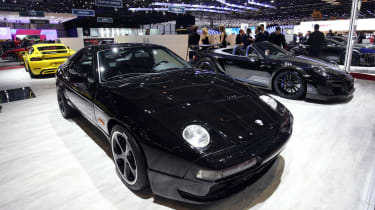 Techart typically treads a fine line between appealing performance modifications and body styling of dubious taste, but by far the most tantalising car on its Geneva stand was a take on its very first - a Porsche 928 S4. Presented in simple black paintwork and riding on a set of 18-inch Techart Formula wheels - a size which sounds small by modern standards, but fills the 928’s arches quite nicely - there’s also a subtle bodykit and an interior retrim. Not its fastest work, but perhaps the one you’d most want in your garage. 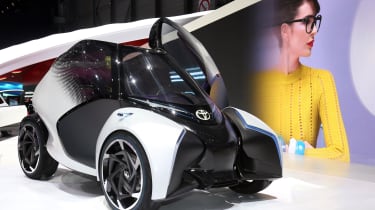 i-Trill sounds a bit like a website you’d use to order bird food, but prefixed with Toyota it’s the Japanese firm’s latest interpretation of the future of mobility. Not typical evo material, but we do like some of its features. First, it’s light - just 600kg. Secondly, it adopts the Toyota i-Road concept’s Active Lean technology, making it another car/motorcycle hybrid. And thirdly, it actually seems usable, by the standards of urban city car concepts - there’s a 185-mile range on a charge. Quirky, but fun.