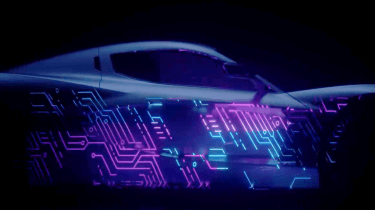 Rimac Automobili, the Croatian car company behind the Concept One electric supercar, is to unveil a follow-up to its first spectacular creation at the upcoming Geneva motor show.

Billed as the company’s next-generation hypercar, we've only been treated to a teaser video of the car so far, giving small hints as to what we should expect when the covers officially come off in March.

While clues to the car’s overall form are limited from the video, there are clearly visible changes compared to the Concept One. The car’s proportions look a little more conventional for a start, with a slightly taller cabin relative to the wheel arches and more pronounced curves along its flanks.

The supercar’s frontal aspect is most clearly visible in the video, and here the new model looks more similar to its predecessor, with a familiar shape to the front grille and slim headlights cut into by the bonnet line. 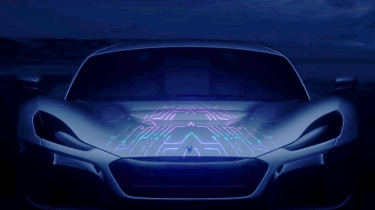 Where the Concept One’s bonnet features a couple of ridges though, the new car appears to have cooling slats and a lower profile below a deeper windscreen. There also appear to be slats cut into the bodywork behind the front wheel arches.

No powertrain details are apparent in the video, though it’s likely Rimac will implement an evolution of the drivetrain used in the Concept One. That car used an electric motor for each wheel and delivered 1073bhp and 1180lb ft to the road, good for a 2.6sec 0-62mph time and 221mph top speed.

The four motor system gave the car remarkable abilities thanks to its torque-vectoring capability – though more recently, the Concept One has become best known thanks to a fiery accident at the hands of Richard Hammond on The Grand Tour.

We’ll see the car at this year’s Geneva motor show, which opens to the press on 6-7 March and to the public from 8 March.