Honda plans to cut 800 jobs from its Swindon plant, with current overcapacity and low European demand the main reasons 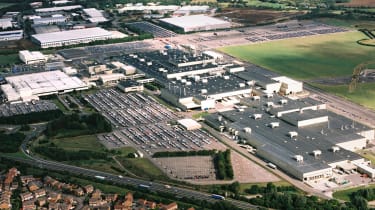 Honda has announced that it is planning to cut 800 jobs at its Swindon plant, due to overcapacity caused by sustained low demand in European markets. This is the first time that the Japanese company, which started production at the UK factory in 1989, has considered job cuts.

The company’s poor sales in Europe have led to unsustainable overcapacity. Currently the plant is geared up to produce 250,000 cars a year, including the new Civic, Jazz and CR-V models. Despite strong UK car sales in 2012 for most manufacturers, Honda only produced 166,000 cars.

Currently Honda employs 3500 people at the plant, and after increasing its workforce by 500 workers last year, has entered a 90-day consultation period to solve its current European crisis with a total of 800 workers set to be lost.

Ken Keir, executive vice president of Honda Motor Europe, commented: ‘Sustained conditions of low demand in European markets make it necessary to re-align Honda's business structure. As such, Honda of the UK Manufacturing (HUM) will enter into formal consultation with its associates to consider these changes and the proposal that it will reduce the workforce by 800 associates by spring 2013.

‘Honda remains fully committed for the long term to its UK and European manufacturing operations. However, these conditions of sustained low industry demand require us to take difficult decisions.’