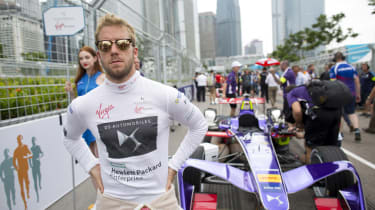 I think it’s important for Formula E to get the message across by going to the heart of a city. Tempelhof is an amazing venue, very rich in history. But as a venue I thought the track last year was more at the heart of the city, and that's part of our message. 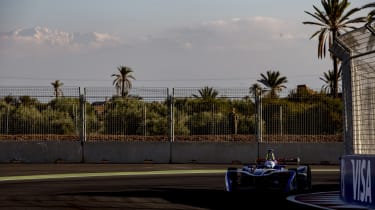 Formula E’s in an interesting position at the moment as a very young series - do you and the other drivers have a significant say in where you see the future of it going?

We get on very well with the people who run the series. We've a great bond with Alejandro Agag and his team, and all of us want to see this championship strive to get bigger and better all the time - any advice that we give and any feedback that we give is purely because we want the best for the series.

Ideas do get taken on board. Some aren't the best ideas, some are better, but it’s all a big think-tank. You’ve got some great brains out there as drivers, you’ve got ex-F1, you’ve got guys who have been there, done it, seen everything in motorsport, so Alejandro’s always open to new ideas. He understands the game, but we as drivers understand it too. Our benefit is being able to see the sport from a spectator’s side - what is entertaining, what isn’t, because we’re the people doing the entertaining.

Are there any changes you'd particularly like to see?

It’s already evolving so quickly. In season five we’re looking at a new car, far more futuristic [evo: one of the new cars was revealed by Spark Racing Technology just a few weeks after our interview - check out the images in the gallery below]. That’s what Formula E should be, it’s what it’s all about. The speed of the cars is going to get better and better, and with the new car and new batteries coming in, that’s important.

I hope that it gets bigger in the sense that we go to more venues, that we repeat going to venues instead of always changing. It'd be great to have a core five or six circuits that are always part of the calendar - just as F1 has Monza and Spa, Formula E could have Paris and London, maybe New York. 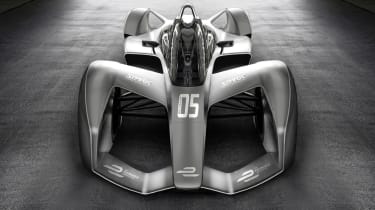 Buemi and e.dams have got off to a fantastic start this season. Do you see any development areas in your car that can close the gap?

Yeah, absolutely. I don’t know what they’ve been doing over the winter break and they may have improved their package, but I know we’ve been working hard to improve ours and I believe we have, which is great.

Buemi has had an amazing start to the year, but it's not as one-sided as it looks in the standings. I was leading in Hong Kong, and we would have won that race had the pit stop not cost me a lap. We came second in Marrakesh too. I’m down in fifth at the moment [evo: Bird was punted out of the third round, knocking him down to sixth in the standings], but in my opinion I’ve been a lot more competitive than my championship position suggests.

What’s been the highlight so far? Have any races stood out as being particularly sweet?

Buenos Aires last year was a high point. Last year's car was very overweight, and all the weight was high up at the rear. It made for a very oversteery car, compared to the… almost dainty Renault e.Dams, which was efficient and also extremely good around the corners. My car was quite lairy in the race last year.

Has that been the case for a while?

This year it’s a bit better, but certainly last year, I just had an oversteery car and I had to deal with it. No matter what we did with the setup, after a couple of laps the weight would come into effect, I’d overheat the rear tyres, and I’d be sliding all over the place. But in Buenos Aires I was able to hold on for the win, which was pretty special. 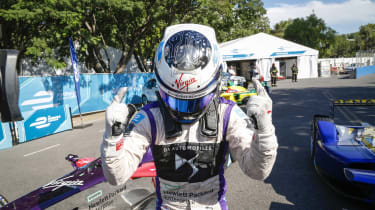 The cars look "interesting" to drive... how difficult are they?

It's the most challenging category I’ve ever driven. With other cars you know what the car’s going to do at any given time. Cars have characteristics, so you know “okay, with this balance I’ve got a little bit of understeer here, and on the exit I’m going to have a bit of snap oversteer”. That’s normal, but it’s consistent.

With a Formula E car, there are times when you have no clue what's going to happen, especially in qualifying if you don’t have the brake or tyre temps in the correct window. The car can bite you, and you have no clue why! Brake one metre too late and you’re in the barrier, and all of these things are sort of… ramped up by the street circuits, the road-going tyres.

So it's already tricky to drive, and the battery regeneration exacerbates that. When it’s at 100% you have no regen, but ramping down to 70% all of a sudden you can hit 100% regeneration, and then it’s like you’ve got a handbrake in the car. There are all these things going on while you’re millimetres away from a wall!

And you’re competing against nineteen of the best drivers in the world. Of course, people perceive Formula 1 to be the best drivers in the world, but I think people in the know, know that that’s not actually really the case. There’s plenty of drivers outside Formula 1 who could and should be, and quite a lot of those names are in Formula E. And I’ve got to race against them! 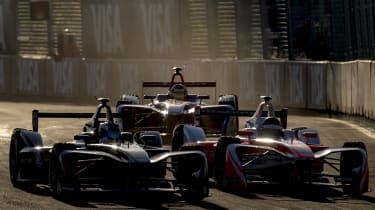 If you got that call from Formula 1, would leave Formula E behind?

No, because I don't have £15 million! I did GP2, won races, finished second in 2013, worked with Mercedes and loved it. I'm grateful to Mercedes for giving me that chance, but when it came to then looking at a race seat, I had zero pounds to go towards the fifteen million pounds that I needed. There are drivers out there that I beat in GP2 [evo: in GP2 2013, Bird placed ahead of current and previous F1 drivers including Felipe Nasr, Marcus Ericsson, Jolyon Palmer, Alexander Rossi and Rio Haryanto], but they’ve got the funding.

That’s absolutely fine, but that’s what’s great about Formula E. Drivers get paid in this series for their talent, it’s not just arrive and drive. It’s a shame that F1 is the pinnacle of motorsport, but quite a few drivers are there because of sponsorship.