Jaguar turns down Bertone B99 concept

The striking Bertone B99 will not become a BMW 3-series rivalling Jaguar... 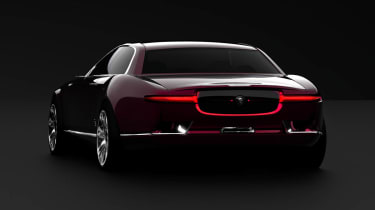 Jaguar has declined an offer to let Italian styling house Bertone build its stunning B99 concept.   During the creation of the B99, rumours suggested Jaguar was pondering over a replacement for the discontinued X-type. The B99 possesses sleek and simplistic lines, with Bertone Maseratis of the 1970s and the Jaguar XJ Coupe of the same era clearly influences. The Bertone concept is proving a hit at Geneva. Due to its concept car nature, no engine figures have been released but we do know that Jaguar has respectfully declined the design as its range eschews retro for modern, as proved by the striking new Jaguar XJ.  Jaguar’s Global Brand Director Adrian Hallmark said ‘we appreciate the fact that Jaguar is interesting enough for people to do a concept around. It's not that we are offended by it, or against it - it is just not for us.’

Over the years design house and automobile builder Gruppo Bertone has provided the shapes and curves for a vast array of very influential and desirable cars. The Lancia Stratos and Lamborghini’s Miura and Countach are among the star names on Bertone’s extravagant CV. Bertone’s eagerness to play such a big part in Jaguar’s future is surely testament to its influential new direction. And with Jaguar-Land Rover claiming 40 new models are due in the next five years, a BMW 3-series rival, similar in size to the B99, is sure to be among them. It just won’t look like this…

Full gallery of the Bertone B99 here

Our review of the excellent Jaguar XJ Supersport here