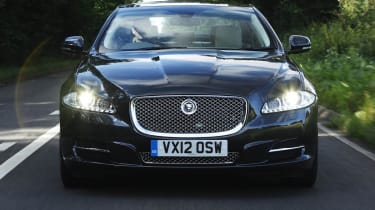 What is it? The updated 2013-model-year Jaguar XJ luxury saloon, here in its new 3-litre supercharged V6 petrol guise. It costs from £65,365, around £9000 more than its diesel equivalent. Technical highlights? The engine is shared with the new Jaguar F-type Roadster, though detuned by 40bhp to 335bhp, ensuring the sports car retains bragging rights. Its twin-rotor supercharger sits in the vee between the cylinder banks, and provides the XJ 3.0 S/C with 64bhp more than its diesel-powered equivalent, though 110lb ft less. As with the rest of the updated XJ range, there’s an eight-speed automatic gearbox and stop/start is standard. An 825-watt Meridian stereo is the new premium audio option, replacing the Bowers & Wilkins set-up of previous XJs. What’s it like to drive? The Jaguar XJ has been one of the best-driving big saloons since its 2009 launch, its ride firm-edged but able to serve up a great mix of comfort and agility. Like other Jags, the XJ has overly light and quite feel-free steering, but its natural balance negates this somewhat and you can happily drive it like you would a car half its leviathan size. This engine, though, is a weak point. Its hollow sound simply isn’t as good as you might expect – the diesel V6 that’s cheaper and more sensible actually has a more pleasing soundtrack, and the petrol engine's power delivery feels comparably thin. You need to work the rev-range to extract the 3.0 S/C’s full potential, which isn’t reason to criticise a bona fide performance car, but it feels somewhat uncouth in a luxury saloon like this. The punchier powerband of the 271bhp/442lb ft diesel XJ (reviewed here) actually makes the XJ a more satisfying car to drive, though the petrol V6 is undeniably quieter and more refined under low throttle loads. This is still a fantastic car to behold – the interior not as high-tech as rivals, but richer in character – and this engine isn’t exactly bad. Choosing it would mean ignoring the best all-rounder in the XJ range, though. Jaguar does acknowledge, however, that this will be a minority seller in the UK, its biggest sales expected in diesel-averse eastern markets. How does it compare? If you really don’t want a diesel XJ, then we suggest you buy a used example of the naturally aspirated V8 XJ this car replaces, or prepare yourself for an empty wallet and buy the thirsty but wonderful XJ Supersport. Otherwise, rivals for this 3.0 S/C include the £63,115, 302bhp Mercedes S350 and £61,505, 320bhp BMW 740i. Anything else I need to know? Bold as the XJ looks, if you reckon it’s not quite sporty enough in appearance, you can upgrade it with a more assertive Sport Pack, which we’ve reviewed in diesel form here. Oh, and this supercharged V6 petrol can also be specified in the smaller XF saloon, where it feels much the same as it does here. 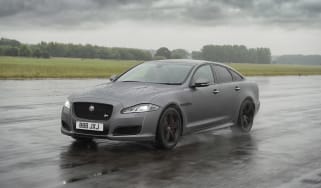 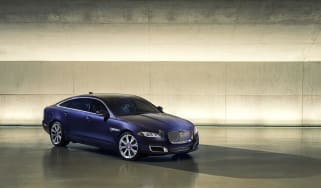 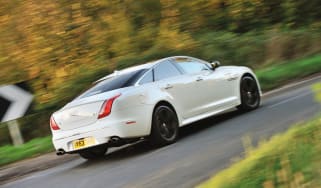 The Jaguar XJR is more focused than the XJ Supersport, with the same 542bhp V8 as the new F-type R Coupe
Visit/jaguar/xj/7241/2013-jaguar-xj-supersport-review 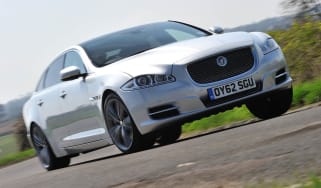 The Jaguar XJ Supersport is the most potent big Jag until the new XJR arrives. The best of its breed?
Advertisement
Visit/news/evonews/289174/2013_shanghai_motor_show_pictures.html 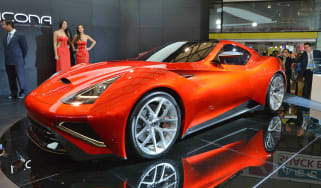 Pictures of the good, the bad and the ugly from the 2013 Shanghai motor show
Visit/jaguar/xj/13115/new-jaguar-xjr-sports-saloon 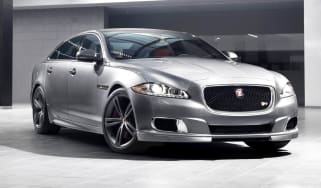 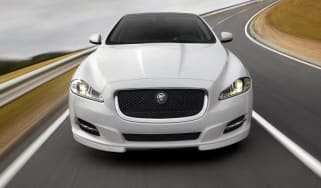 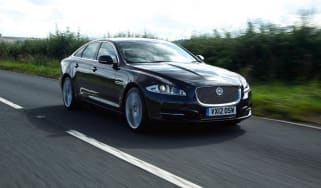 Jaguar has replaced the old 5-litre V8 engine in the Jaguar XJ with a new supercharged 3-litre V6, which will also appear in the forthcoming F-Type sp…
Visit/jaguar/xj/12690/jaguar-goes-four-wheel-drive 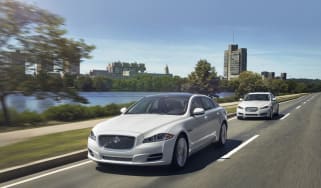 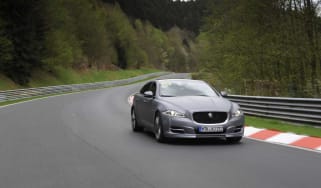 Jaguar will be offering passenger rides around the Nurburgring in an XJ Supersport, taking on the notorious M5 'Ring Taxi
Visit/jaguar/xj/7143/jaguar-xj-supersport-speed-pack-review 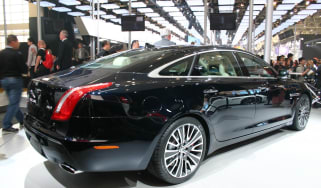 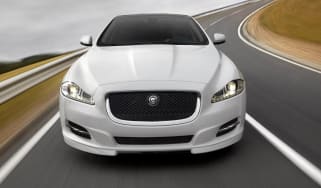 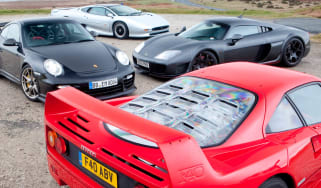 Jaguar turns down Bertone B99 concept

The striking Bertone B99 will not become a BMW 3-series rivalling Jaguar...
Advertisement
Visit/jaguar/xj/6949/jaguar-xj-d-review 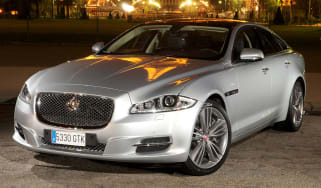 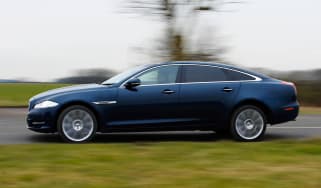 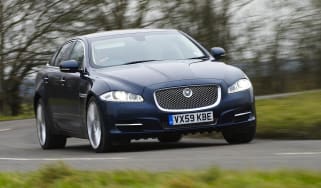 evo's road test review of the all-new Jaguar XJ supersaloon. Does its performance live up to the striking looks? 5-litre V8 driven
Visit/jaguar/xj/10541/new-jaguar-xj 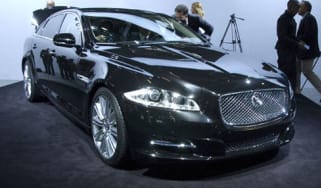 Wraps pulled off new XJ sports saloon at Frankfurt; evo has a ride in it
Advertisement
Visit/jaguar/xj/10381/jaguar-xj-at-salon-priv 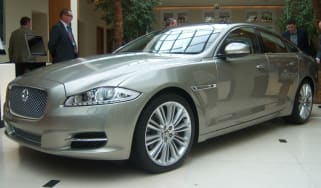 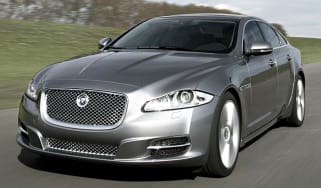