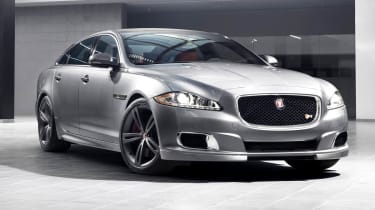 The Jaguar XJR sports saloon has made a comeback. The 2013 New York motor show will see the debut of a new halo XJ that sits above the current Supersport, with that car’s 5-litre supercharged V8 engine boosted from 503 to 542bhp.  The XJR shares its engine with the more lairy-looking XKR-S and XFR-S, and like those cars, it gains updgraded chassis and aerodynamic setups over its base car. Jaguar describes it as the most focused, agile and responsive XJ yet made. When you factor in how good the current XJ Supersport is (Jaguar XJ Supersport review), that’s high praise indeed. Jaguar pegs the rear-wheel-drive XJR’s performance at ‘supercar’ levels, but has not yet released firm numbers. The identically powered XFR-S hits 62mph in 4.4sec before nudging its electronic speed limiter at 186mph, though, and with aluminim XJs typically weighing the same as their smaller steel XF siblings, expect the XJR’s performance figures to vary little. More pictures and specs of the new Jaguar XJR will be revealed at next week’s New York motor show. Expect a price tag of around £100,000 when sales begin, likely in the later half of 2013. 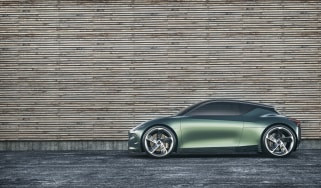