Time has been called on Jaguar XK and XKR production. Our picture gallery charts the model range's history 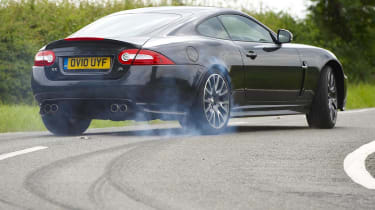 After 18 years, production of the Jaguar XK and XKR will cease this summer. It’s the inevitable result of the range’s conspicuous overlapping with the F-type; shared engines, similar price points but an obvious disparity in age and styling meant the older car was always likely to make its bow sooner rather than later.

It’s been a great couple of decades though, the launch of the XK8 in 1996 kicking off an era of 2+2 Jaguar GT cars that in time have developed into sharp rivals for the likes of Porsche, Maserati and Aston Martin. The wild XKR-S GT, one of the car’s final iterations, is a tantalising example of what how honed a Jaguar can be now, and hints at how spectacular an RS version of the F-type Coupe could be…

If you’re intent on buying an XK, there’s plethora of special editions and performance variants from over the years to choose from, too. The highlights are below – click the pictures to enlarge them.