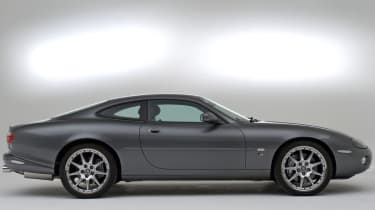 If you’re looking at an early car, specifically pre-September 2000, there’s one big issue you need to be aware of. The V8 engine was designed to be the lightest in its class and, as part of the weight-saving measures, the aluminium bores were lined with Nikasil. However, the sulphur content in fuel, which was high at the time, dissolved this coating and reduced compression. Not all cars were affected, but those used mostly for short journeys tended to suffer most, as the engine’s tendency to over-fuel when cold exacerbated the problem.

Failing engines were all replaced under warranty with new units complete with steel bore-liners, but if the car you are interested in still has a Nikasil engine it’s vital to check it carefully. Sluggish starting points to the problem – it’s likely to be due to low compression. Oil around the tailpipes is another danger sign, but to remove any doubt the engine should be compression-tested at a main dealer.

There are few other engine issues, but, on early cars again, you should ensure the upper timing-chain tensioner and the water-pump impeller have been replaced by the modified versions that appeared post-2001. Tensioner failure is obviously catastrophic and a rattle from the front of the engine is a sure indication of trouble ahead. Meanwhile, the original water-pump impellers had a habit of losing their vanes, ultimately leading to a blown head gasket. The engine should be fully up to temperature after just a minute or two, so ensure that this is the case on the test drive.

Finally, we’d think twice about any car that has had an aftermarket chip fitted to increase boost, as although this is an easy way to get extra power from the XKR, the wear rates from the increased stresses are unknown. If you do decide you want the extra power, however, ensure the work has been done by a reputable company and take advantage of the advice offered on the numerous forums.

Gearboxes The 4-litre XKRs came with Mercedes units and there have been electrical and occasional gear-selection problems. Unfortunately these ’boxes are sealed units and therefore the only solution is usually complete replacement at a frightening cost of around £4000. For this reason a mechanical warranty is very desirable. The six-speed ZF ’boxes fitted to the 4.2-litre cars have been considerably better, and any kind of failure is unlikely with these.

Exhaust These last well but are often replaced with more efficient aftermarket versions – the Jaguar originals are complicated affairs that leave scope for tuners to produce alternatives that expel the gases faster. Be wary, though. An aftermarket exhaust often goes hand-in-hand with a ‘chipped’ ECU.

Suspension/brakes/wheels The front wheel bearings aren’t really man enough for the large wheels fitted to the XKR and tend to need replacing every 50,000 miles or so (and if the car has been driven hard the interval can be considerably less), so check to see when this was last done. Wishbone bushes last around the same length of time, as do the drop links for the rear anti-roll bar. The CATS (Computer Active Technology Suspension) system has proved very reliable and should not be an issue.

The brakes last well (but again, longevity is dependent on use) and there are no reported issues outside general wear and tear.

The large wheels are easily kerbed, but as long as the damage is nothing more than a scrape it can be repaired cost effectively.

Bodywork/electrics/interior There are no major issues here. Early cars are still resisting oxidation well, so if you find any rust it’s likely to be the result of a botched repair.

Some colours, particularly red, have a tendency to fade on the plastic areas of the body, particularly if the car has spent a lot of time outside. For this reason front-end resprays are frequently encountered.

The door windows are frameless, so the glass should drop a fraction as you open the door. It’s not uncommon for this mechanism to fail, but the fix is simple and relatively inexpensive.

It’s also worth changing the battery in the blipper every year or so, as the code needs to be reset by a dealer if it runs flat.

Finally, the interior lasts well, so even early cars should still be in good nick with all the switches and buttons working properly. Careless treatment should be obvious on inspection.

Driving one today Park an old XKR next to the current model and at first it looks old-fashioned, not quite as sharp or taut. However, it’s more subtle, less of a show-off, and you could argue that it’s more fitting for a Jaguar to be this way.

Inside, it’s quite cramped for such a big car, but as long as you’re not a front-row forward you’ll be comfortable enough, if perched a little higher than is ideal. The interior is classic Jag, the ‘J-gate’ auto ’box, glossy wood and thick leather creating an appropriately grown-up ambience.

Within minutes of climbing aboard you know you could sit there all day as whole countries pass beneath the big cat’s wheels. The ride and composure are superb, and while the steering may lack the final level of detail you crave when the road gets twisty, the XKR is competent and relaxed, obviously calibrated for fast A-road sweepers.

It feels heavy, particularly under braking, but it’s quick – really quick. Even in 4-litre form the engine simply thumps the car forward, the supercharger whine eventually out-shouting the V8’s warble.

Hustle the XKR cross-country and it feels rushed and out of place; it prefers to bludgeon the tarmac into submission rather than float on its toes. However, in the right environment and driven the right way – saunter in, rocket out – it’s very impressive. It’s a car to live with and use all the time, and one that will travel great distances, with little effort, in no time at all.

Back to Jaguar XKR main page