Kia will bring a new shooting brake concept to Geneva 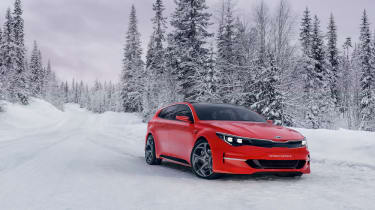 Kia will unveil a striking new concept at the 2015 Geneva motor show. Named the Sportspace Concept, the shooting brake Kia flaunts a ‘tiger nose’ grille and sharp bodylines that could preview a future of sporty Kia estates and hatches. 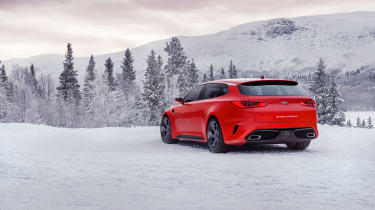 Inside, a futuristic cabin features what looks to be a digital dash, racing car-esque steering wheel and metallic central tunnel. A centrally-mounted touchscreen also pokes up out of the dash.

Gregory Guillaume, Chief Designer of Kia Europe explains the thinking behind the concept: ‘the Sportspace is a totally new breed of grand tourer - one for active people who need reasonable cargo space on the weekend, but don't want to compromise moving around in style, comfort and with an element of sportiness.’ 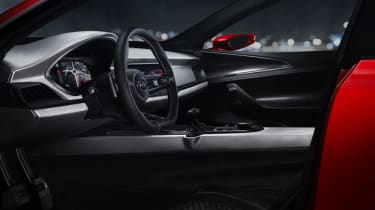 It's an undeniably good-looking car, and appears to continue with Kia’s forward thinking design concepts of late, a recent example of which is the funky Soul Trail'ster concept.

The Sportspace concept will be on show at the 85th Geneva motor show from 3 March. Check back here for updates when we meet it in the metal.