Gallardo and M5 are both powered by V10s, but which is mightier, and which more fun? 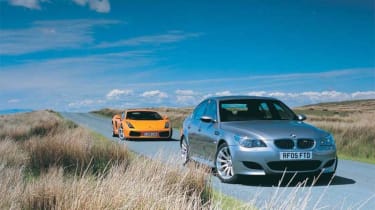