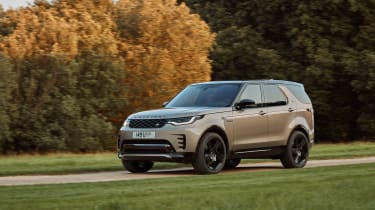 The Land Rover Discovery is at something of a crossroads in its current guise, with the new Defender encroaching on its blend of family-friendliness and capability. To react to this new in-house rival, Land Rover has revealed an updated Discovery, expanding the line-up to include a new R-Dynamic trim level and accentuating the model’s strengths as a family car by making seven full-sized seats standard across the range.

However, the new Discovery’s updates centre around complying with the latest emissions regulations, hence the application of JLR’s new aluminium Ingenium 6 diesel engine in 248bhp and 296bhp outputs, as well as two petrol units in 296bhp four-cylinder and 355bhp in-line six forms. All the six-cylinder models, regardless of fuel-type, include a 48V mild-hybrid system, powering an integrated starter generator that assists the engine under load and powers some of the engine’s ancillaries. There’s no plug-in hybrid model available. 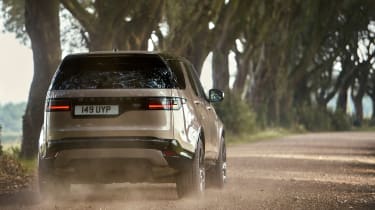 Model-for-model, the new D300 loses 6bhp and 37lb ft of torque compared to the previous SD6, but will hit 62mph in 6.8sec – 0.2sec quicker than before – while being 6-7mpg more efficient on a combined cycle. This is despite a near 100kg weight increase to 2386kg (DIN unladen). The top-level 355bhp petrol is only marginally quicker, reaching 62mph in 6.2sec, but mpg drops to the mid-20s as a consequence.

All engines are connected to a ZF-sourced eight-speed automatic transmission and Land Rover’s four-wheel-drive system. In six-cylinder models, the 4WD system is now able to actively shift power around the driveline on-road for improved efficiency, automatically re-engaging a more balanced power split when conditions demand. Air suspension is still standard fit regardless of the chosen trim and powertrain, with adaptive dampers also part of the package on all models bar the entry-level 248bhp diesel. 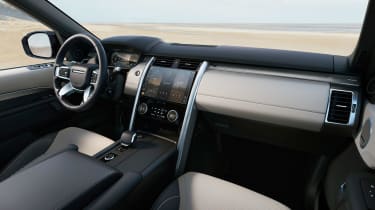 Those wanting to use the Discovery for more substantial off-roading will be able to specify the upgraded Terrain Response 2 system, which will automatically vary the driveline, locking differentials, ride height and steering calibration to suit the conditions as well as in response to the manually selectable modes.

Arguably of more relevance to most Discovery owners will be the upgraded interior tech, which includes a new 11.4-inch touchscreen display running JLR’s latest Pivi Pro operating system. To facilitate the larger display, the screen has been mounted proud of the existing dash architecture, with slimmed air conditioning controls and a new centre console, the latter featuring a new physical gear selector that replaces the ‘hockey-puck’ twist selector used previously. The Discovery’s clever hidden storage compartment behind the lower controls remains though, so too the cavernous interior space with those full-sized seats for seven – the model’s sole remaining USP in Land Rover’s fast-expanding range. 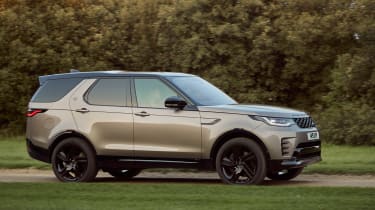 Exterior changes are subtle, with redesigned lower bumpers and new lighting, wheels and colours. A perhaps surprising move is the retention of the offset rear number plate location – a contentious design element since the Discovery 5 was launched. The aforementioned R-Dynamic cars receive subtly different lower bumpers front and rear, but the aesthetic is otherwise largely the same.

The new Discovery 5 is available to order now starting at £53,090 for the P300 S and rising to over £70,000 for the fully loaded R-Dynamic HSE with the top-level powertrains. The first examples will be delivered by the end of the year, completing Land Rover’s integration of its new-generation diesel power plants across the range. 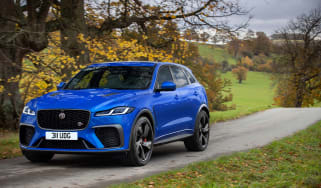 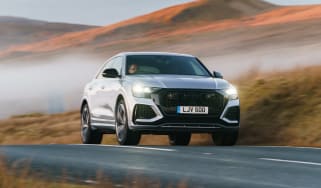