Owners will lease rather than buy the Lexus LFA supercar - in America, at least 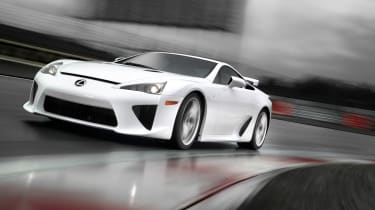 Lexus will be leasing its new LFA supercar rather than selling it to avoid speculators. That’ll be in the US only, though, with European deliveries still due from 2011 priced at 340,000 euros (currently £307K). The idea in America is leasing the car for the first two years, to avoid buyers hoovering up early LFAs purely to sell them on at a markup while numbers are scarce. It’s something that has affected the supercar sales market in the UK in recent years, but thanks to the recession, is only present on a select band of cars, the new Ferrari 458 Italia likely to be one of them. Brian Smith, Lexus’s vice president of sales and dealer development, spoke to US magazine Automotive News about the decision affecting American LFAs: ‘We want people out driving the car and not just parking it in a museum or selling it at an inflated price. ‘If someone buys it the first month and then decides to sell it, that could be damaging for the ownership experience’. LFA numbers are destined to remain exclusive, with 500 of the 552bhp, 202mph supercar planned.  Click here to see a video of us testing the Lexus LFAFollow evo on Twitter for the latest supercar news 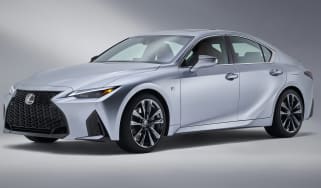