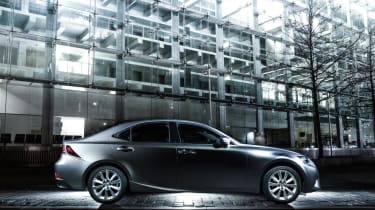 Lexus has steadfastly refused to toe the line in the junior executive saloon marketplace, being resolutely different in its approach to its German Audi A4, BMW 3 Series and Mercedes-Benz C-Class rivals. Admirable as that might be, its two-car offering looks limited against its key rivals, the IS available in conventional petrol IS 250 form and as the IS 300h - which gains some batteries and hybrid tech. Add bold styling inside and out and it’s not difficult to see why the Lexus IS is a divisive choice in the huge compact executive marketplace, though one that can make a lot of sense if you’re determined to limit your company car tax liability. However, competitors' diesels run it close and offer a more conventional and ultimately more rounded driving experience.

Lexus says that the IS spent a great deal of time lapping the Nürburgring during its development. There’s some evidence of that in the chassis, which offers decent balance and a ride comfort that’s commendably more pliant than some of its harsher German rivals’, but the hybrid drivetrain in the 300h feels completely unsuited to fast lapping at the Green Hell. That might not be relevant for company car drivers, but it also feels fairly compromised on the road, thanks to the fitment of an 'E-CVT' automatic transmission and the tiny operating window of electric-only running.

That Lexus is prepared to buck the trend in the face of such huge sales elsewhere in the executive class shows a rigorous adherence to the company’s push for hybrid technology. It also underlines that the IS - and indeed many other Lexus models - aren’t really designed with the typical European, or certainly evo, buyer in mind. Lexus has long courted the huge American marketplace, and to good effect, its sales over the Atlantic so vast its European operation looks trifling in comparison. That’s not to say there’s not appeal in the different approach Lexus takes, but it’s one that takes time to appreciate - even if we’ll never quite get on with the way that E-CVT goes about its business. Striking design helps its case, the Lexus standing out in the company car park not just because of its non-German badge, but because it looks so daring. That’s sure to appeal to many buyers bored of slightly newer, better but fundamentally the same versions of the car they’ve just handed back when their three-year lease expires.

Engine and gearbox > The IS differentiates itself from the competition with its focus on hybrid technology. Gearbox choices include CVT offerings as well as torque converter six-speed autos. Read all about the Lexus IS engine and gearbox here

Ride and handling > Decent balance and fine control makes the Lexus IS interesting to drive. F Sport models have adaptable variable suspension. Read all about the IS ride and handling here

MPG and running costs > Official stats for the IS300h are 65.7mpg in SE specification. Non hybrid options are less efficient and environmentally friendly, predictably so. Servicing manageable with fixed costs an option. Read about Lexus IS running costs here

Prices, specs and rivals > The IS starts at £26,495 for the 250 SE model. Entry level diesels undercut BMW rivals by cost but little else. Read about Lexus IS rivals here

Interior and tech > Nav options are needlessly fiddly, although the interior does feel a change from the standard dour Germanic fare. It's nicely put together and high tech options add to the premium feeling. Read about the Lexus IS interior and tech here

Design > The IS stands out from German competition, taking bold lines and angles to offer up something different. It's one of the better offerings in Lexus' current product line-up. Read about the Lexus IS design here 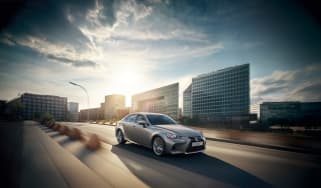 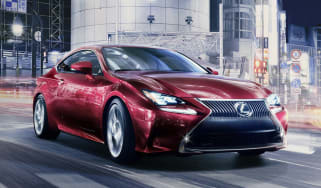 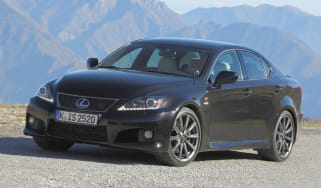 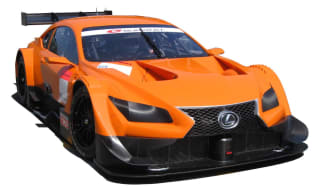 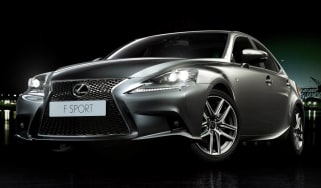 Full details of the LFA inspired 2013 Lexus IS saloon, with IS250 petrol and IS300h hybrid versions
Visit/lexus/is/12910/lexus-is-f-sport-unveiled 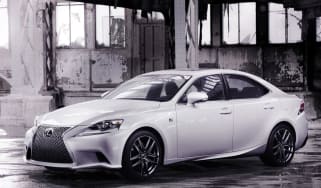 Lexus has revealed images of the next-generation IS F-Sport model, ahead of the official unveiling at the Detroit motor show.
Visit/lexus/is/12000/ouch-lexus-is-f-gets-crushed-in-california 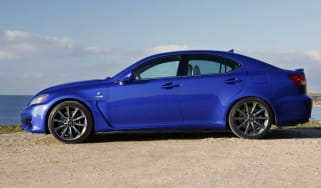 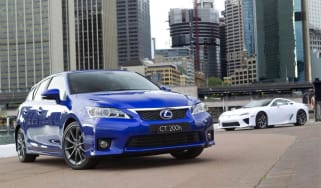 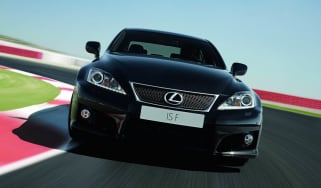 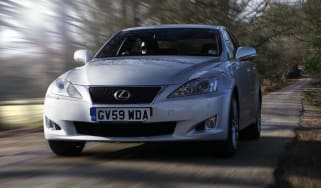 Lexus makes the regular IS250 sports saloon look like the V8 IS-F. How does it drive, though?
Advertisement
Visit/lexus/is/6815/lexus-is-f-road-test-review 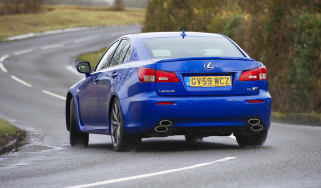 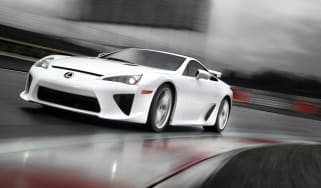 Owners will lease rather than buy the Lexus LFA supercar - in America, at least
Advertisement
Visit/lexus/is/10548/lexus-is-f-gets-lsd 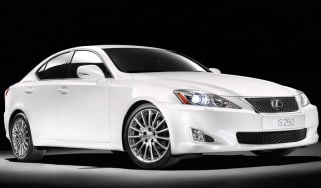 Top-of-the-range Lexus gets a limited slip diff, plus other improvements
Visit/lexus/is/10512/lexus-lf-ch 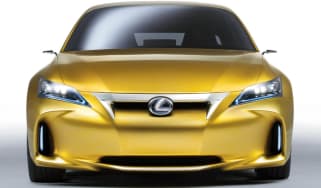 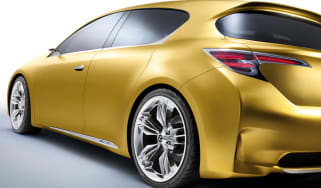 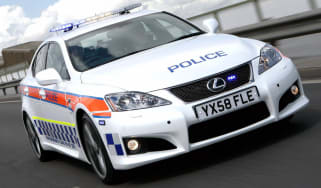 Humberside Police bags itself a V8 Lexus IS-F, although not in undercover spec
Advertisement
Visit/lexus/is/10314/lexus-is-250-c 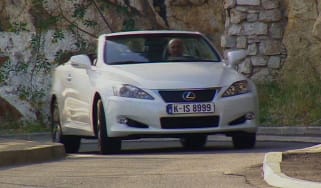 Lexus showcases its new convertible, the IS 250 C
Visit/lexus/is/8352/lexus-is-lexus-targets-m3 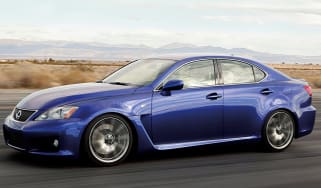 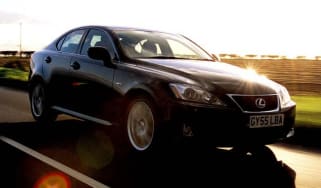 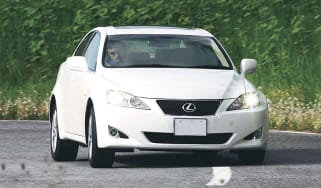 All-new and much improved in every department, could the 'baby' Lexus be getting closer to the 3-series?
Skip to HeaderSkip to Content