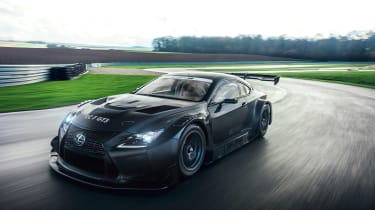 Lexus will show off an all-new model at the 2017 Geneva Motor Show – a fully race homologated version of its RC F super-coupe, named the RC F GT3. It’s set to compete in race series across the globe, in countries including the USA, Japan, and across Europe.

As a result, it now faces some hugely tough competition, from the likes of Nissan with its GT-R Nismo GT3, the Audi R8 LMS, the mighty Bentley Continental GT3, and the Ferrari 488 GT3 - among several others.

The new RC F GT3 is obviously based on the RC F coupe, but uses a larger 5.4-litre V8 engine as opposed to the 5-litre unit in the road car. Power is only given as ‘over 500bhp’, which is a healthy figure for the RC F GT3’s 1300kg kerb weight. 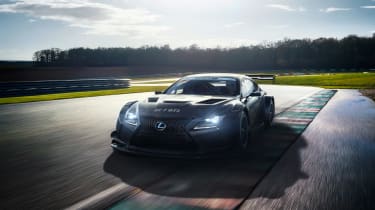 Power is sent through the rear wheels via a 6-speed sequential race gearbox, while brakes are traditional iron discs.

The RC F GT500, another car derived from the RC F dominated the Japanese Super GT series in Japan last year, leaving a tough act for the new RC F GT3 to follow. Lexus also became the first Asian carmaker to win a VLN Endurance Championship race with the RC F GT3 prototype back in October 2016.

The new car will compete in the USA under the 3GT Racing team banner, competing in the WeatherTech SportsCar Championship series. Two cars will race in the Japanese Super GT series with the LM corsa team, while more will head to Europe. Farnbacher Racing and Emil Frey Racing both competed with the RC F GT3 prototype last year, and will further the development of the car.