New Lotus Elise Cup 250 gets even lighter and more hardcore

Minor changes to the Cup 250 make it almost more carbonfibre than car, following the Lotus mantra of adding lightness 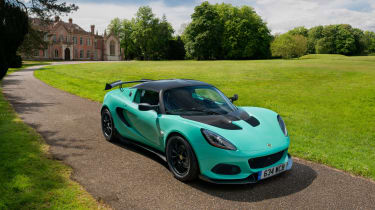 Just over a year ago we drove Lotus’s Elise Cup 250; the lighter, more focused supercharged car was billed as the fastest ever Elise. Its exceptional grip and agility made it wonderful on the road, even if its overall balance wasn’t quite suited to harder track driving.

> Read our review of the old Lotus Elise Cup 250

But now, before the old car has had time to mature, Lotus has released a new Elise 250 Cup. But, don’t worry; the new car is very much like the old model and only the most perceptive of Lotus fans will be able to spot the differences.

At the front the new car gets wider front apertures that we first saw on the new Sport and Sprint models. The latest Elise also has a less prominent splitter than the old Cup 250; the edges don’t rise up in front on the wheel arches quite as dramatically as the one on the previous car. The bargeboards on the trailing edge of the front wheel arches look smaller, too and match the new front splitter. 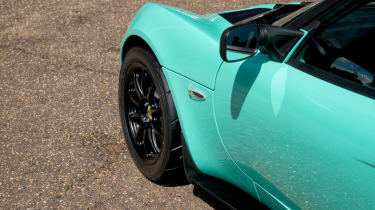 Lotus says the rear wing is also new but, to us, it looks practically identical to the one on the old car. New or not, the wing and other aero additions help create 125kg of downforce at 140mph.

Inside, the main difference is the exposed gear linkage that has gradually made its way onto all Elise and Exige models over the past year. Less obvious is a steel roll bar that adds to the body’s torsional rigidity, new dial graphics to make them easier to read and a new in-car entertainment system.

As is the way with Lotus, the car’s weight is very important. Generous use of carbonfibre, plastic and aluminium has reduced the Cup 250’s weight to 917kg, 14kg lighter than previous model. As standard, the hardcore Elise gets carbonfibre seats, forged alloy wheels, a lithium-ion battery and a polycarbonate rear screen. 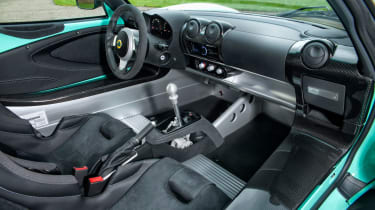 But if that’s still too bulky for you then Lotus offers a range of options to shave even more weight. A full-titanium exhaust to saves a further 7kg, two-piece brake discs trim 4kg and, if made from in carbonfibre, the downforce generating aero additions save another 3.7kg. Choosing to have the sill covers, hard-top, front access panel, roll-over hoop cover and engine cover also made from carbonfibre will save a total of 8.9kg.

Mechanically, the Cup 250 is identical to before. That means it’s powered by a Toyota-sourced supercharged 1.8-litre four-cylinder engine that puts out 243bhp and 184lb ft of torque. With its bantam-like kerb weight, the Cup 250 is capable of hitting 60mph from a standstill in 3.9sec. However, that’s identical to the older car; clearly 14kg isn’t quite enough to trim a tenth of a second.

Double-wishbone suspension makes up the Elise’s chassis architecture and it’s suspended by Eibach springs and Bilstein dampers that have been specifically tuned for the Cup. The compression is 12 per cent stiffer at the front, 9 per cent at the rear, while the rebound rate is 20 and 30 per cent higher at the front and rear, respectively. Without any significant changes and, while still using the same Yokohama Advan A048 LTS tyres as before, we expect the Cup 250 to be just as grippy and as good as before. 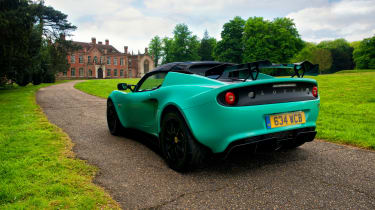