Maserati has revealed images of the new Quattroporte, with details of the company's future plans. 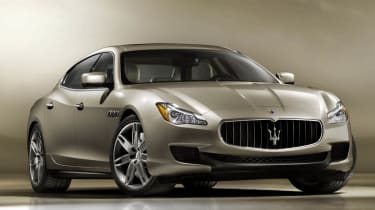 Maserati has revealed the first images of its next generation Quattroporte, expected to launch next year, following an announcement about the future direction of the company.

Styling-wise, Maserati hasn’t strayed too far from the formula that has worked so well for the current Quattroporte, incorporating a fresh face in line with the rest of the range. It maintains the strongest aspects of the outgoing model, including the grille, side vents and triangular C-pillars. Inside continues the Maserati tradition of luxurious wood and leather.

Maserati has confirmed that the Quattroporte’s new engine will continue be built at the Ferrari factory in Maranello – and that they will be ‘more powerful, more exciting to drive, but also more eco-friendly than ever before’.

A four-wheel drive drivetrain has also been confirmed, which is an important move if the company is to expand operations in the USA, China and the Middle East.

The new Quattroporte will form the first stage of the company’s plan to be producing 50,000 units per year by 2015. The current Quattroporte has been the most successful car in the history of Maserati, selling more than 23,000 units to date. The Ghibli is still on course for a mid-2013 launch and the Kubang should be making an appearance sometime in 2014. 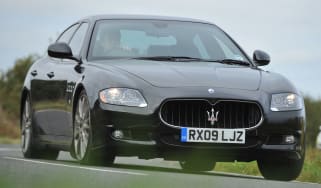 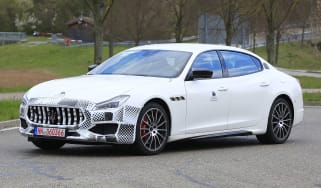