The Japanese company may have stuck with the unique Wankel engine this far, but time has finally been called on the rotary. 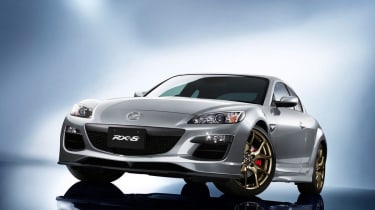 On Friday 22 June, the last ever Renesis rotary engined car – the RX-8 – rolled off the production line at Mazda’s Hiroshima factory, signalling the end of an era for the company, as it currently has no current plans to re-introduce the engine in a mainstream model.

With the engine’s roots buried deep in Germany, Mazda had an interest in this unconventional engine design from the beginning, partnering with NSU which in turn made Felix Wankel’s dream of a rotary engine a reality.

When NSU, which was owned by Audi, abandoned the roatary engine due to concerns over fuel efficiency and reliability – and huge warranty claims on the Ro80 saloon – Mazda continued to develop and use the high-revving design in its sports cars, after solving many of the reliability issues.

One thing Mazda never managed to solve however, was the problem with fuel consumption, and although the latest generation of Renesis rotary engines were far more efficient than its predecessors, it just couldn’t deliver the same power, torque and high-mpg ratings as modern conventional turbocharged engines.

The official line from Mazda is that the development of a hydrogen-powered rotary engine is ‘ongoing’ and in future, we could see a much more efficient alternative-fuel rotary engine.