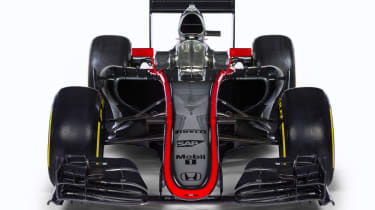 Below are the first pictures of the brand new McLaren-Honda MP4-30 car for the 2015 Formula One season. Featuring a Honda-built 1.6-litre V6 turbo engine, the car will be piloted by Fernando Alonso and Jenson Button.

It marks the return of the Honda-McLaren partnership that previously had produced so much success for the F1 team. The Honda produced power unit carries the RA615H moniker and consists of a turbocharger and the MGU-K and MGU-H that modern F1 is known for. 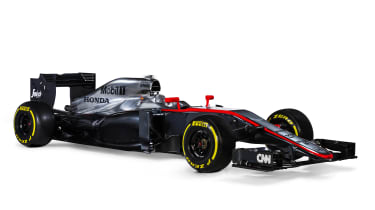 McLaren has done something slightly different with the paint scheme of its car this year, incorporating some of the red found in the previous Senna generation cars into the MP4-30's design. A sutble nod to the McLaren-Honda years previous.

McLaren says the car is a 'foundation – offering up a number of new exploratory development paths for our engineers, aerodynamicists and drivers to pursue during the season, and on into next year.' 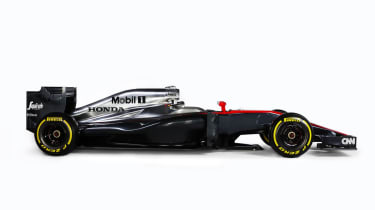 For those interested, the car will be out in testing on February 1st at Jerez with Fernando Alonso. It will be the only car on the grid to run the Honda powerplant.