McLaren 540C unveiled - the most affordable supercar ever? 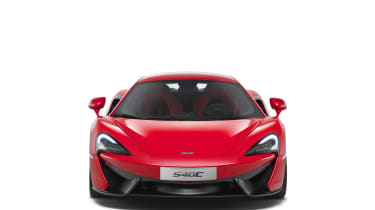 The McLaren 540C is the most affordable car the company has ever produced. At £126,000 the 540C marks the entry point into the McLaren range, yet still delivers supercar rivalling stats.

Torque figures are equally as impressive, with the 540C managing 398lb ft between 3500rpm and 6500rpm. Buyers will benefit from McLaren's cutting edge 7 speed dual-clutch auto gearbox as well as an impressive 1311kg dry weight.

The latter is due to McLaren's carbonfibre MonoCell II chassis and extensive use of aluminium in the body panels. For comparison, an R8 weighs almost 150Kg more.

McLaren is keen to emphasise the 540C as a true daily driver, offering the car with a different and more road friendly suspension setup than the 570S. Front and rear anti-rollbars as well as dual wishbones and independent adaptive dampers make up the 540C's suspension system.

Setting aside the 540C from the 570S is a set of unique cast alloy wheels, which will be shod in Pirelli P Zero tyres. A slightly redesigned aero package also mark the car out from the rest of the Sports Series.