The original Long Tail was an unexpected star of Geneva. Here’s why 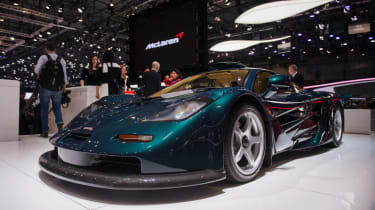 To many, the McLaren F1 is the definitive supercar. As the vision of design mastermind Gordon Murray, its 240mph top speed and savage in gear performance embarrassed even the most established of rivals. On paper the likes of Ferrari’s F40 didn’t stand a chance, and as such, even today the F1 is widely used as a benchmark for supercar-dom.

Imagine then, the number of gawping faces at Geneva when the rarest and arguably most exotic version of the iconic F1 rolled onto a stand. To celebrate the launch of a new model, McLaren brought along its F1 GT Long Tail. 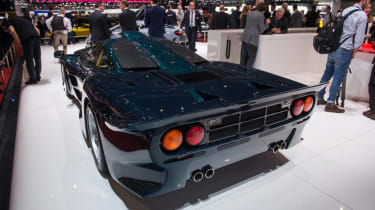 This car is the sole factory owned F1 GT Long Tail and one of just three in existence. Sitting on the show-stand beside McLaren’s latest and fastest, to many, it comfortably outshone the new 675LT, which made its debut beside it.

Though the new car’s 2.9sec 0-60 time and rapid 7.9sec 0-124mph dash is substantially quicker than the F1’s (the same sprints take 3.2sec and 9.4sec), the old machine’s nostalgic racing connections give it untouchable legendary status. 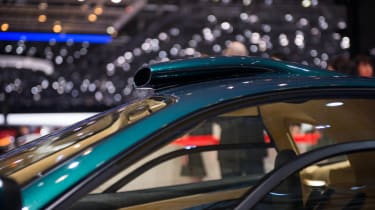 You see, the FT GT Long Tail was built purely to help McLaren’s F1 GTR Long Tail race car conform to ‘production’ regulations. Though the new 675LT harks back to the racer’s lengthy rear, it wasn’t created for homologation. As such, it’s the F1 GT the purists lust after.

The original Long Tail received power from the same 6.1-litre V12 as the normal F1, producing the same 627bhp at a spine-tingling 7500rpm. The car’s platform was already proven when the Long Tail was created, with the original GTR racer taking the overall win – beating purpose built prototypes on the way – at its 1995 Le Mans debut. 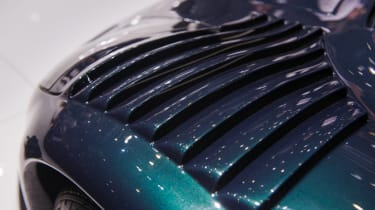 Though the GTR Long Tail never went on to achieve such great success – although a second and third place finish at the ’97 Le Mans event wasn’t far off – the super-rare road-going race car is understandably effective at weakening the knees of motorsport fans.

In case you need more convincing, watch CART and Indy 500 champion Kenny Bräck take to the Goodwood hill in a prototype GTR Long Tail below. Just listen to that V12 sing…